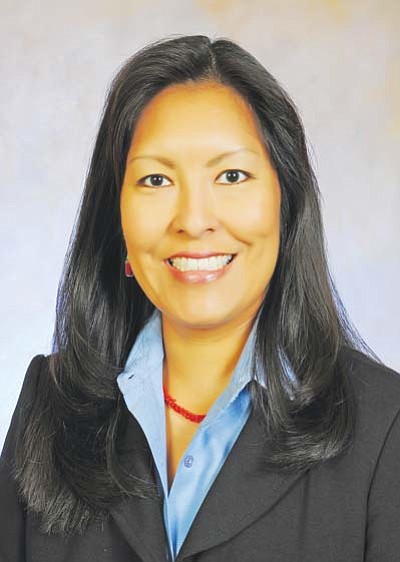 Humetewa, former United States Attorney for the District of Arizona, takes over the duties previously handled by Peterson Zah, who left the university to return to work for the Navajo Nation, where he served as the first president of the tribe. Humetewa practices in the tribal affairs and natural resources areas with the law firm of Squire, Sanders and Dempsey (US) LLP.

Humetewa will serve as chairperson of the ASU Tribal Liaison Advisory Committee and will be a member of the Provost's Native American Advisory Council. She'll continue the university's work to promote higher education opportunities among Arizona's tribes.

"I am looking forward to working with Diane to improve the retention and success of Native American students at the university," said Elizabeth D. Capaldi, ASU Executive Vice President and Provost.

Humetewa is looking forward to building relationships with students.

"President Zah had been so instrumental in recruiting Native American students at ASU. The student population had grown immensely. We want to continue to build on the foundation he laid in terms of bringing in new students to pursue higher education from Native American communities and to work to retain those students who come to ASU," she said.

Humetewa will also serve as legal counsel and in an advisory capacity with ASU in its relations with Native American tribal governments. In addition, Humetewa will be appointed as a professor of practice in the Sandra Day O'Connor School of Law.

Humetewa is looking forward to discovering opportunities the university offers to Native American students and finding out how higher education at ASU has evolved during the years since she graduated with the addition of new campuses and advances such as the variety of courses that are now taught online.

"ASU has changed in terms of its ability to reach outside of Tempe," she said. One of her initial goals in taking over the position is to look at the future plans of the university and where Native American students and Indian Tribes fit into ASU.

"One of the comments most often heard among tribal leaders is that providing higher education opportunities to tribal members is an important goal. There's a real priority placed on providing as much assistance to tribal members or identifying and tackling the roadblocks to education in Native communities," Humetewa said.

This can be challenging in an environment where nationally approximately 50 percent of Native American students don't obtain a high-school diploma.

Humetewa, a member of the Hopi Tribe, was born and raised in Arizona. She started school on the Hualapai Reservation. Her exposure to Arizona's tribes began at an early age. Her father worked for the Bureau of Indian Affairs and traveled throughout Arizona's Indian country, often taking her with him. She attended public high school in the Valley, but ties to her family and culture kept her close to the Hopi Reservation. "At the time, Indian children were still attending boarding schools far from the reservation," Humetewa recalled.

Humetewa was the first Native American female in history to be appointed as a U.S. Attorney in 2007. During her long career in public service, she also served as counsel to the U.S. Senate Indian Affairs Subcommittee, then chaired by Sen. John McCain.