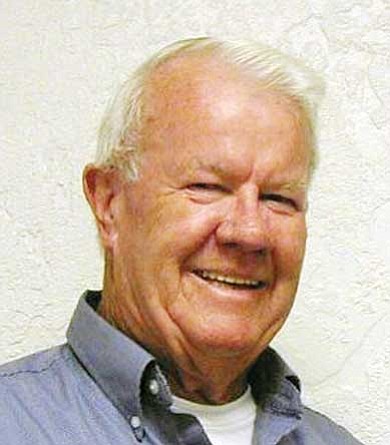 Burt was born on March 14, 1931, in Bexar County, Texas, to Willard Dean Shattuck and Wanda Vogel Shattuck. His passions in high school were motorcycles and football. He was awarded "All Conference" honors for his play as a guard on his high school offensive line. After serving in the U.S. Navy during the Korean conflict, he married Bonnie Kleypas in San Antonio, Texas.

Burt started his professional career as a supervisor for the Rainbow Bread Baking Company.

His entrepreneurial spirit drove him to move to Flagstaff in 1966 to open the Der Wienerschnitzel restaurant, selling 15-cent hot dogs. He turned his talents to helping to open the Flagstaff Ice Arena as its first concessionaire in the early 1970s. He settled into his professional calling in 1981, when he obtained his real estate broker's license. He eventually opened a Century 21 brokerage in Flagstaff, retiring in 2006.

Burt was a strong advocate of giving back to his community. He was a member of the Malpais Kiwanis Legion of Honor, and was a past-president of the Chapter. He also served as a chairman of the Salvation Army Advisory Board, and worked as a president of the Northern Arizona MLS. Christmas after Christmas he could be found helping youth charities earn money for their programs by setting up Christmas tree stands. Between professional efforts and community service, he managed to eke out time to enjoy a hobby in photography.

Burt is survived by his wife of 55 years, Bonnie Shattuck; his children Donna (Jim) Smith, Debbie Nibecker, Jill (Tony) Schuster, and Richard (Patti) Shattuck Jr.; eight grandchildren, and one great-grandchild. He was preceded in death by his daughter, Diana (Mark) Larson.

A Rosary service will be held at the Nativity of the Blessed Virgin Mary at 7 p.m. on Friday, July 1, 2011 with a funeral mass at 1:30 p.m. on Saturday, July 2, 2011. Following services, there will be a reception at St. Pius X Center. The family requests that, in lieu of flowers, remembrances and gifts be made to the Malpais Kiwanis to support its efforts on behalf of youth programs.

Arrangements are under the direction of Norvel Owens Mortuary.

Condolences can be sent to the family online at www.norvelowensmortuary.com.