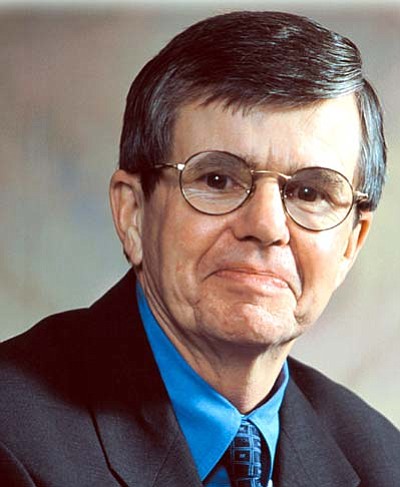 I want to set the record straight regarding recent e-mails that have been circulating, especially among our friends in the Native American community, regarding Northern Arizona University's involvement at the Mount Graham International Observatory. The e-mails appear designed to mislead and inflame rather than inform.

Construction of Mount Graham International Observatory in southeastern Arizona began in 1989 with telescope operations beginning in 1993. The University of Arizona has applied to renew a 20-year special use permit. The permit process is likely to be the impetus for the e-mails, which question NAU's commitment to cultural and environmental causes.

Northern Arizona University is only a scientific "partner" in one aspect of the observatory, the Large Binocular Telescope Observatory. While Northern Arizona University may be called a "partner" on the observatory's website, that is a misnomer and is inconsistent with the role NAU actually plays. In fact the university's role is quite limited, with no influence on operations, management or construction at the facility. Rather, UA, working under the auspices of the Arizona Board of Regents, operates and manages the facility under the authorization and licensure from the U.S. government.

Currently, NAU has two scientists who occasionally use the Large Binocular Telescope and the Vatican Advanced Telescope for their research. Both of these researchers report that conditions for accessing and using the site are carefully explained, monitored and enforced, in order to minimize any potential cultural impacts or environmental effect on the Mount Graham red squirrel habitat.

The university recognizes the benefit of exposure to broad perspectives, cultures and opinions, and this commitment is reflected in a campus culture that is respectful of all persons. Through its academic programs, event offerings and student support initiatives like the Native American Cultural Center, NAU has earned a deserving reputation as one of the best universities in the nation for Native American students.

In addition, Northern Arizona University demonstrated a strong commitment to understanding and advancing prudent environmental practices long before it was a popular cause. This commitment is reflected in campus buildings, policies and curriculum, contributing to a common thread of sustainability that is woven throughout the mission of the university.