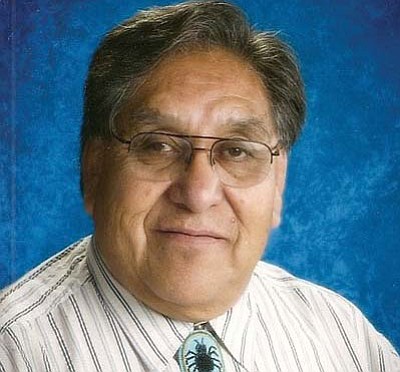 KYKOTSMOVI, Ariz. - In a tribal council resolution submitted by Kykotsmovi Council Representative Nada Talayumptewa, Hopi Chairman LeRoy N. Shingoitewa was stripped of both his executive and administrative duties on Nov. 30, in a unanimous vote of 12-0 in favor.

Lyttle and numerous associates have served as Shingoitewa's general counsel since May 26, 2010. The council also voted unanimously 12-0 in favor.

Lyttle had been contracted by Shingoitewa, according to the resolution "in excess of the original 180 days." Lyttle will be required to "present a written report to the Hopi Council on the status of any and all legal affairs of the Hopi Tribe within 30 days."

Hopi Tribal resolutions numbered, H-100-2011, Duties and Responsibilities of Chairman Shingoitewa and H-099-2011, Termination of Robert J. Lyttle came as a surprise to Shingoitewa who was traveling with Curtis Honanie to Washington, D.C. when the council took action.

According to a press release issued by Kendra Schultz of HMA Public Relations, upon learning of the council's and vice chairman's actions, the chairman said, "This is an example of how we cannot even get out of our own way in our efforts to clean up the mess this administration inherited."

Shingoitewa said this will be another set-back for the tribe, as the Hopi legal team has uncovered much wrongdoing within the tribe itself and has been working to right many wrongs that have been done against the Hopi people.

"For decisions of this magnitude to be made while my chief of staff and I are in Washington, D.C. to meet with President Obama and various other legislative leaders on behalf of the tribe and the betterment of all Hopi people - the timing is a bit suspect," said Shingoitewa. "I am not sure the council and vice chairman understand the ramifications of what I perceive to be knee-jerk decisions."

The resolution further states that "there have been numerous instances of lack of follow up on critical finance matters that have led to unresolved situations such as payroll not being processed timely and not providing information to the Budget Oversight Team (BOT) and a lack of administrative direction and supervision to essential administrative and technical offices including Management Information Systems, Planning and Evaluation, and Realty office, not being supported and has lead to ineffective and inefficient governmental operations of the Hopi Tribal government."

The resolution also cites that "it's the council's concern, of the overall delivery of services of the five line departments, including, Department of Natural Resources, Department of Education, Department of Hopi Guidance Center, Department of Community Health Services, Department of Public Safety and Emergency services to the Hopi people," further "now delegates the vice chairman of the Hopi Tribe to "assume all duties of the Chief Administrative Officer position" including all employee and personnel matters effective immediately."

According to the tribal resolution, Lyttle and "any third party associates or law firms" are to cease all work being done on behalf of the Hopi Tribe immediately and to only prepare a final status report on all legal work for the Hopi people to be presented to the Hopi Council.

Former Hopi tribal chairman Benjamin Nuvamsa said, "I have always maintained and had even written several formal letters to the Hopi Council about my concerns that the Robert Lyttle contract is not legal for the obvious reason, is that there is no law firm of Robert J. Lyttle.

"Lyttle misrepresented himself to the council, claiming he has a law firm, which in my opinion, is fraudulent misrepresentation because it was made to induce the Hopi Tribal Council to detrimentally rely on his statement. Several of us have researched the states of Oklahoma and Arizona and found that no such Lyttle law firm even exists. Also when Shingoitewa contracted Lyttle in 2010, he was not even admitted to practice in Arizona.

"So, in my opinion, there is no legal contract in place and that all the attorneys working under Lyttle may also have been doing so illegally. I do not believe they have legitimate contracts with our tribe," said Nuvamsa.

"Our tribal constitution is very clear; attorney contracts are only authorized by the entire Hopi Tribal Council, not the chairman on his lone authority. Many of us have seen the numerous invoices by Lyttle and are deeply concerned about the legitimacy of these billings. Legal fees are now nearing $6 million. Our tribe may well be paying for services to other non-Hopi clients, and only Shingoitewa's Finance Director Joe Begay is allowed to review and pay these invoices, many of them by wire transfer. I am urging the Hopi Tribal Council that this matter be referred to the federal authorities as not just federal funds but trust funds are involved here.

"Our Hopi Tribal Constitution is considered to be extremely unique, since it provides for true sovereign status to villages and states, 'the Hopi Tribe is a union of self-governing villages,' said Sidney. "This governance is mandated and empowers all legislative power to the council representatives, thereby mandating the chairman to work with the council to oversee and exercise authority over all executive powers.

"I could already see, when Shingoitewa first took office, that he was violating Hopi Tribal Ordinance No. 21, by appointing his own non-Hopi judges and certainly by violating the Hopi Constitution to use our Tribal Rangers to forcibly remove only certain tribal village council representatives. Although formal complaints were taken to the Hopi Tribal courts, challenging Shingoitewa's action at the council level, all these cases were ruled in his favor," he said.

"A Hopi tribal chairman is also only authorized to hire an interim general counsel for 120 days, but Shingoitewa executed a contract with his friend Robert Lyttle until December 2012, thus exceeding his authority. This illegal hiring of Lyttle, who has been known through tribal circles for over-throwing other tribal governments and creating cookie-cutter constitution" for several tribal organizations is meant to take full control over tribal governments like ours.

"What is extremely appalling is that we as community members have been watching this for the past two years and our council has done nothing to stop Shingoitewa. However, I do expect political backlash as Shingoitewa will not give up easily on his newly acquired small power empire," Sidney said. "It's going to take the next administration their full four-year term to clean up what Shingoitewa has done in only two years, including recovery from all the excessive, undisclosed spending.

"I hope and pray that the law abiding Hopi Council representatives will stand up to their oath of office to ensure the protection and enforcement of the Hopi Constitution. I make these comments based on my own personal experience of being a two-term chairman of the Hopi Tribe and as well as my own experience as serving on numerous boards and offices regarding the welfare and advancement of the Hopi people," Sidney concluded.