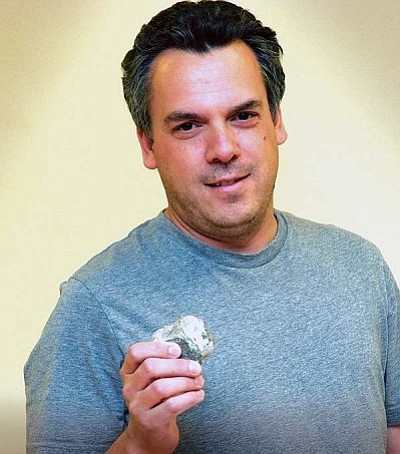 WINSLOW, Ariz. - A presentation entitled, "The Geological and Paleontological History of The Petrified Forest" was held at the historic Hubbell building on Thursday, April 22. Bill Parker, resource manager for Petrified Forest National Park, gave the lecture.

The Park's rocks and fossils give a history of northern Arizona from 225 to 205 million years ago, a period known as the Triassic Period in ancient geologic time. Geology and paleontology are used to identify landforms and life forms from prehistoric eras. The Petrified Forest National Park was established in 1906 as part of the Antiquities Act to protect the Mesozoic Era Petrified Wood and other fossils. Some of the fossils include Triassic Period reptiles, plants and pollen. Naturalist John Muir lived and explored the area for about two years around 1906. Some of the petrified trees show evidence of forest fires, which is a natural part of the forest life and control.

There is an ongoing project to identify all of the park locations and date them accurately. This project is almost complete and up until 2008, the chronology of the Petrified Forest was not accurate.

Painted Desert is also part of the area and it was formed by rivers of various speeds and directions washing over the area. This was an ancient time when the land masses of the earth were all one continent and had not drifted apart. A trip to the Visitor Centers will explain in detail what happened here a long time ago.