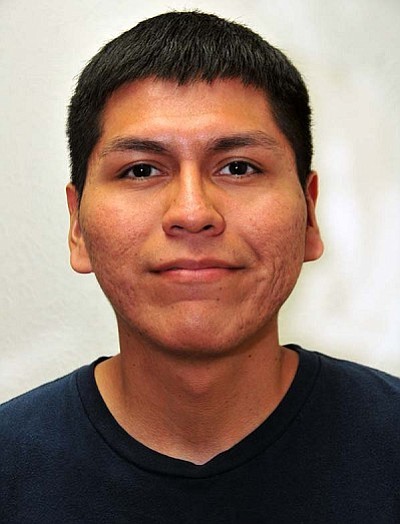 In the letter to Tacheene, Pakus said the magazine had received more than 90 submissions from 73 students and that the selection process was particularly difficult this year, as "we received many, many great submissions."

Due to space constraints within the print magazine itself, Pakus said Tacheene's work would not appear in Tribal College Journal, but it would appear on the magazine's website at www.tribalcollegejournal.org.

"Claudell Tacheene not only received an "Honorable Mention" for fiction, his story titled "Son" will be published online on the Tribal College Journal website, but also, he was selected for the Top three entries for poetry. His poem "The Place Where White Skies Are Formed" will be recognized at AIHEC and published in the next Tribal College Journal," stated Orlando White, Tacheene's English Instructor at Diné College's Tsaile campus.

The honorable mention awardees will also receive gift items, which will be made available at the Tribal College Journalbooth during the AIHEC conference in Bismarck, N.D.

A total of 26 students left for Bismarck last Friday morning to compete against 36 tribal colleges in several categories.