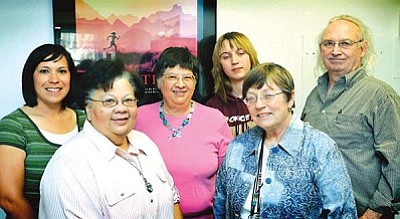 WINSLOW, Ariz. - At a special meeting held March 30, the Winslow Arts Council set up a schedule of events for the next 12 months. The events are free, with most of them being held at the Hubble Trading Post/Chamber of Commerce Building on Second Street.

After substantial discussion, a motion was made by Todd Roth and seconded by Marci Heavrin, which passed unanimously, approving the following tentative schedule of events for the Winslow Arts Council for the remainder of 2011 and through April of 2012.