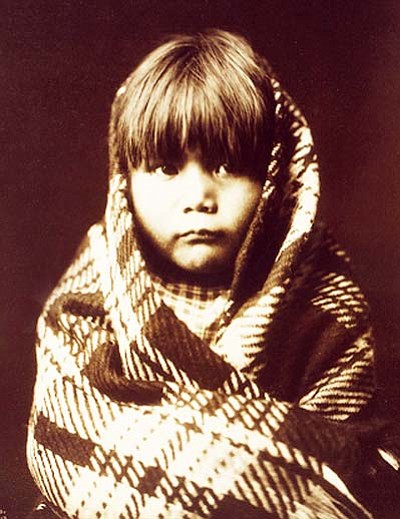 On Aug. 23, a key group with direct interest on the Navajo Nation Child Welfare Implementation Project, which is being lead by the Division of Social Services, met and discussed the project's future in the role of children's lives. The Navajo language, values and beliefs teaching children, starts in a hogan by the fireplace. Children listen to their parents and grandparents, and learn their ancient Navajo language, values and beliefs.

Navajo Nation Supreme Court Chief Justice Herb Yazzie commands in his position that Navajo values and beliefs should be included in the Navajo Nation's policies and laws regarding children.

Yazzie said child welfare is extremely important to him because he remembers a time when non-Navajos would come to his office when he was a young attorney asking where they could pick up a Navajo child to take home.

He remembers when outside non-Navajos would come in and make assessments on Navajo children. When it was found that a child was living in a hogan with dirt floors, that child was almost automatically labeled as being neglected. We, traditional Navajos, believe that if a child lives in a hogan with dirt floors, a child is not neglected; a child is taught by parents and grandparents the traditional Navajo values, beliefs and ancient Navajo language. Our Navajo values, beliefs and language are sacred to traditional Navajos. We are connected to nature, earth, universe and our ancient ancestors' holy spirits.

Thank you to Honorable Justice Yazzie; you have reminded us that the traditional values, beliefs and Navajo language are a very important part of who we are.

We traditional Navajos encouraged our children to learn western cultural educations and Navajo cultural educations. We tell, help and encourage all young people to go to western technical school, junior college, university or Dine College to create a good life for themselves.