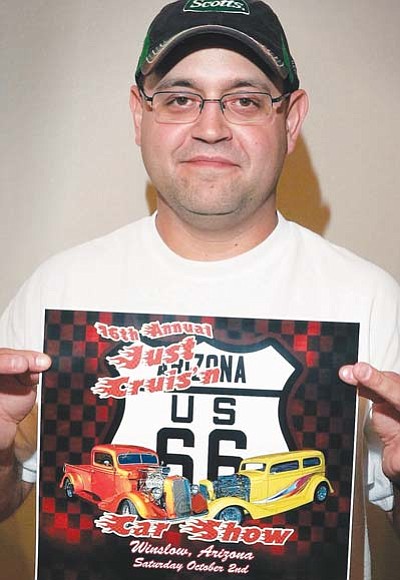 The registration fee of $30 includes a T-shirt commemorating the event. Registration can also be accomplished on Friday, Oct. 1, from 1-4 p.m. at Standin' On The Corner Park located at Second Street and Kinsley Avenue.

There will be a poker run on Oct. 1 with prizes of $300, $200, and $100. At 7 p.m., there will be a burnout contest held on First Street with three cash prizes for winners. There will also be a "Cackle Fest" that night downtown. For those of you new to "Cackle Fest," it is a noise and lighting event put on by Nitro Powered Dragsters. Due to the expected loud noise, spectators are encouraged to protect their childrens' ears and not bring dogs.

First place in all 34 classes will receive a custom trophy designed and built by Rodney Rucker's fabrication division. The trophies are constructed from discarded engine components formed into shapes of people. These trophies are among the finest awarded at any car show in the U.S., each one being a work of art.