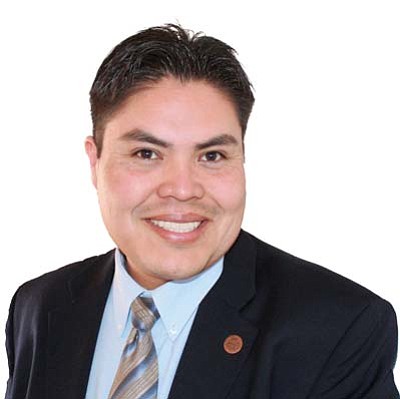 TUBA CITY, Ariz. - Joshua Lavar Butler is a candidate for Navajo Council delegate for Tuba City Chapter. His work for the current administration allowed him to help with projects such as the Judicial Public Safety Facility. He helped publicize the conditions of the current facility to get the attention of state and federal governments. He recognizes that it requires a team effort to get things done and commends everyone that played a part in the getting the Tuba City Jail funded.

Butler states that the people want positive change and a new direction. "Many of our current problems exist as they did 8-10 years ago," he states. "What kind of progress has been made on issues such as roads, housing, veteran's affairs, infrastructure and economic development?"

He feels the current elected officials had plenty of time to rectify issues such as economic development, health, education and public safety.

Butler recognizes that drugs and alcohol lead to crime and social ills on and off the reservation. He would like to work key players in the community to combat the problem and feels it requires a community effort to achieve positive results. He would like to see more enforcement of the bootlegging criminal activities and that the current council delegates have been in office multiple terms and continue to discuss how to resolve the problem. He believes solving this problem will also require a team approach with cooperating agencies.

"Family and the community are being hurt by this and something needs to be done," he said.

Butler feels restructuring of the Navajo Nation government is a necessity and feels they have forgotten about what the people need. Butler feels that a major overhaul is needed of the three branches to decentralize the central government, which would save time and dollars. He states, "The Navajo people voted to reduce the Council from 88 to 24 members and we have to respect the people's wishes."

He feels that Tuba City is unique in its proximity to the Hopi and San Juan Paiutes and feels that dialogue should be established. Butler has forged relationships with many tribal leaders through his work in Window Rock.

Butler states that the Tuba City Fire Department funding has been an issue and current council delegates have spent many terms without resolving it. "We need to put our heads together and seek a solution whether it is using local tax dollars or funding from the chapter, the tribe or the state. Their services are crucial to the community they deserve respect," he commented.

On behalf of veterans, Butler states that they are tired of the continued promises of elected leaders who promise assistance, but never deliver once elected. "Our veterans need our help. They protected our country during their service," he said.

Butler would like to see a veteran's clinic or hospital closer to the Navajo Nation, stating, "It's ridiculous how far aging veterans need to go for services." He is also adamant that veterans need housing - nothing extravagant, but just someplace to live.

Butler concluded, "More than ever, our community desires positive change. I am educated, experienced, persistent and ready."