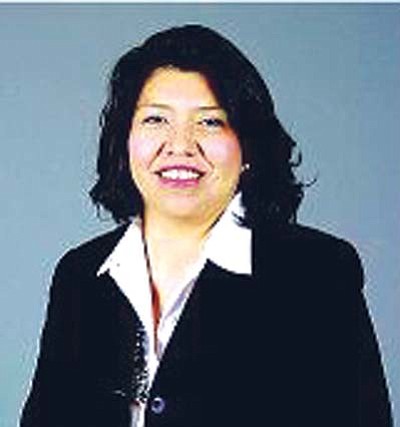 TUBA CITY, Ariz - Navajo Council Delegate candidate Hope MacDonald-Lonetree states that one of her big accomplishments was in obtaining funding to build a jail, which was scheduled to break ground in September. Shortly after that a new courthouse and police station will be constructed. The complex will be built n the current site of the courthouse and temporary police facilities.

She states that the jail will allow lawbreakers to face consequences of their actions by being incarcerated since right now, there is no long term jail facility in Tuba City.

On her platform she points to her record of combating the alcohol problem on the reservation by working with various state agencies to investigate liquor establishments on the border. She stated that violations were found that were addressed by the liquor licensing board. She also states that the U.S. Attorneys Office has taken more punitive measures on violent crimes involving bootlegging.

One of the ways she hopes to help combat the bootlegging problem is with the creation of the new law enforcement facility that will bring jobs to the community. During construction, Tuba City will see 500 more jobs in the area and $100,000 in revenue.

She wanted to let the neighboring Hopi residents know that many relationships have been forged and she looks forward to more dialogue with the Hopi neighbors. Lonetree sees the Bennett Freeze area as a priority to help residents in that area get necessary improvements with decent housing, water, and paved roads.

In addition she thinks services such as the Tuba City Fire Department need to get necessary funding in order to respond to fires to prevent people from losing their homes to fires. She also would like to see more veterans being assisted in getting better homes built not just material that may not be used but the manpower to build the houses.

"Some veterans are living in campers and that is unacceptable," she stated.