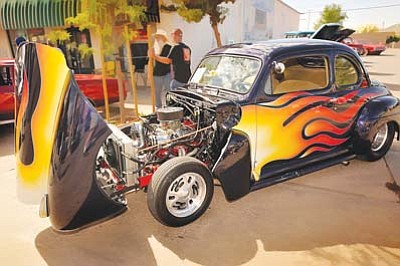 <i>Todd Roth/NHO</i><br> Just one of many cool entries at the car show.

First place winners in each class received a custom trophy designed and built by Rodney Rucker's fabrication division. The unique trophies are constructed from discarded engine components and are the finest awarded at any car show in the nation because each one is a work of art.