Letter: Exercise your right to vote on Hopi Constitution Draft 24A 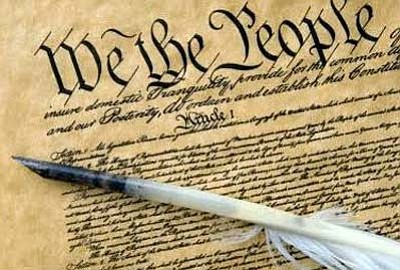 To the Hopi and Tewa People:

My tenure as Hopi chairman was marred with political turmoil, first by the Tribal Council throwing away the votes of the Hopi and Tewa people by nullifying the 2007 special election, then later to suspend my authorities as chairman. The Council also dismantled our highest court, the Hopi Appellate Court, and tried to delegate the court's powers to a foreign court. I filed legal actions in the Hopi Tribal Court to challenge the actions of the tribal council and prevailed in every case. The Council's actions were later ruled unconstitutional.

There was a debate regarding the authorities of the Hopi villages. The Council refused to honor Bacavi Village's authority to remove its tribal council representatives. The Appellate Court correctly affirmed that villages do maintain their "inherent aboriginal sovereignty" and can select and remove their council representatives "as a whole," and that this authority was never delegated to the Council.

The Hopi and Tewa people will soon be going to the polling places to vote on a proposed tribal constitution that was drafted over seven years ago. A lot has happened since. There is a definite need to revisit the draft constitution, Draft 24A, before tribal members vote on it. But sadly, the current tribal administration is not allowing tribal members to have input, but who will now be asked to vote on a draft with which they have serious concerns. That is not how tribal constitutions are adopted.

Having gone through the political turmoil, many would expect that I would be the first in line to vote in favor of the new draft. But the draft constitution has severe fundamental flaws that I cannot encourage tribal members to vote in favor of it. There is just too much at stake.

The most serious flaw concerns the proposal to make the Hopi and Tewa villages as the "fourth branch of government." Nowhere in the United States do you see a fourth branch of government. The U.S. Constitution does not bring the 50 states in as a fourth branch of government. There is an Executive Branch (President), a Legislative Branch (Congress), and a Judicial Branch (Supreme Court). All states enjoy a certain amount of sovereignty and autonomy and are free to create and enforce their own governing laws so long as the laws are not inconsistent with the Constitution. States enjoy certain privileges such as taxation, leasing and benefit from economic development ventures. We recognize our villages as having similar sovereign powers - powers that our villages possessed since time immemorial.

Draft 24A violates Article III, Section 3 of the current tribal constitution where it states "each village shall decide for itself how it shall be organized." Hopi and Tewa villages have certain degrees of autonomy and "inherent aboriginal sovereignty," which was affirmed by our appellate court in the Bacavi Village's Certified Question, Case No. 2008-AP-0001. Our current constitution also provides that "until a village shall decide to organize in another manner, it shall be considered as being under a traditional Hopi organization, and the Kikmongwi (village chief) of such village shall be recognized as its leader." Draft 24A will take away this right and affect our traditional forms of village governance.

The Indian Reorganization Act of 1934 was passed by Congress as a shift in federal Indian policy away from assimilation policies. It allowed Indian tribes to adopt modern forms of governments as a way to interact with and adapt to modern society. The Bureau of Indian Affairs carried out the law by developing tribal constitution templates that tribal members were required to vote on and adopt. At Hopi, our forefathers had the vision to protect our cultural ways and did not wholly accept the constitution template.

Hopi case law has evolved ever since the adoption of our constitution in 1936 that affirmed the rights, authorities and "inherent aboriginal sovereignty" of our traditional villages and our rights as tribal citizens. Our current constitution has withstood many challenges throughout the years, and our courts have correctly interpreted our powers and our rights. But do we throw all of this away by voting to adopt Draft 24A? I say not.

It goes without saying that Draft 24A does contain some good points such as clearly delineating the separation of powers, incorporating our bill of rights from the Indian Civil Rights Act, and leaving the role of the Kikmongwi out of politics ("separation of church and state"). But it also contains many deficiencies, threatens the balance of powers and internal controls and threatens the "reserved powers" of villages. It leaves out the tribe's power to tax and lease lands.

It also gives the President broad authorities and leaves out citizen participation in their government. It continues to give the Council broad authority to remove the President, taking away the people's right to a recall of the President. It is full of procedural language that does not belong in a constitution. Proponents of Draft 24A claim it conveys more authorities to villages but villages have always possessed these authorities, as evidenced by Hopi case law.

So what is the solution? Let us start over. Let us see how the current constitution can be improved and strengthened and get rid of Draft 24A. As one tribal member said, "The original instruction was to review the constitution, revise and improve it, not throw it away."

But if the Secretarial Election is to continue, I encourage every tribal member to register and vote. Don't stay away and not vote. Some tribal members are advising people to protest and stay away from the polls. I disagree.