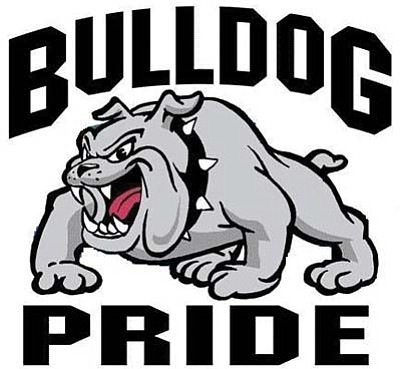 WINSLOW, Ariz. - The Winslow Bulldogs defeated the Tucson Empire Ravens in an Arizona State 3A Conference Football Championship Tournament game played in Winslow on Saturday. Winslow improved its season record to 9-2 with the victory going into the second round of play against Show Low on Saturday.  Empire finished its season with a 7-4 record. The Ravens gave a good account of themselves.

The Ravens started strong and held the ball for much of the first quarter but only scored on a 27 yard field goal with 3:41 left in the period for a 3-0. Empire drove to near the Winslow goal line but was kept out of the end zone due to penalties before Jacob Gauge booted the field goal for the first points of the game.

The Bulldogs scored on a fourth and 10 double reverse 30 yard scoring run by Bubba Cuellar. The conversion failed and Winslow led 6-3.  There was no more scoring in the first period.

Empire went back in front with just over five minutes left in the second quarter on a 37 yard pass from Milo Mendivil to Noah Smith. Mendivil booted the conversion for a 10-6 Ravens lead.

Kraig Shirley ran six yards to complete a long Winslow scoring drive, and then hit Payden Zufelt for a two point conversion and a 14-10 Winslow lead with three minutes left in the half.

The most exciting and probably important play of the game came on the last play of the first half when Shirley intercepted a pass at the two yard line and returned it the length of the field to score as the half ended. The conversion failed but the Bulldogs took a 20-10 lead to the locker room.

The Ravens opened the second half strong as they had the first and Jared Smith scored for Empire with just over three minutes left in the third quarter on a four yard run. Mendivil converted to cut the Winslow lead to 20-17.

Shirley, who had scored on a long interception return to end the first half, turned in another key play with a 61 yard scoring run with eight and a half minutes left in the game. The two point conversion run failed and Winslow led 26-17.

The final score of the night came with just 19 seconds left to play on a one yard run by Wendell Carter. The conversion failed and the 32-17 final score was on the board.

The Bulldogs will meet the Show Low Cougars on Saturday with the time and location to be determined. The Cougars defeated River Valley 47-13 at Show Low to advance to the second round. Show Low is the top seed in the playoffs.