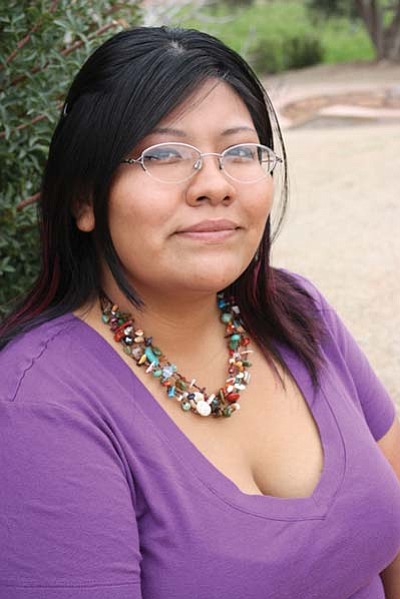 Deschine is one of a dozen students selected for the highly regarded internship program in Washington, D.C., which places Native students in competitive positions in Senate and House offices, committees, Cabinet departments and the White House, where they are able to observe government decision-making processes first-hand. She was selected by an independent review committee of nationally recognized Native American educators and tribal policy leaders on the basis of demonstrated commitment to careers in tribal public policy and academic achievement.

"Being a Native American and a minority, there is a need for representation in the political field," Deschine said. "I think this internship will offer me an opportunity to get a foot in the door for advancement."

The Foundation awards approximately 12 internships every summer on the basis of merit to Native Americans and Alaska Natives who are college juniors or seniors, recent graduates from tribal or four-year colleges, or graduate or law students who have demonstrated an interest in fields related to tribal public policy, such as tribal governance, tribal law, Native American education, Native American health, Native American justice, natural resource protection, cultural preservation and revitalization, and Native American economic development.

Deschine will complete an intensive, 10-week internship starting May 26. Special enrichment activities will provide opportunities to meet with key decision-makers. Since its inception in 1996, 162 Native American/Alaska Native students from 86 tribes have participated in the program.

Deschine is a citizen of the Standing Rock Sioux Tribe of North and South Dakota, and will graduate this month with a master's degree in Social Work, concentrating in Planning, Administration and Community Practice. Deschine's career interests include tribal policy analysis, public programs administration, tribal economic development and sustainable energy and continued education. She will work in the office of New Mexico Senator Tom Udall.

About the Udall Foundation

The Udall Foundation is an independent federal agency that was established by Congress in 1992 to provide federally funded scholarships for college students intended to pursue careers related to the environment, as well as to Native American students pursuing tribal policy or health care careers.