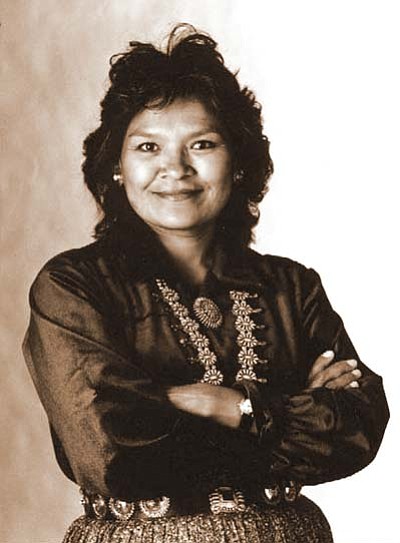 TUBA CITY, Ariz. - Coconino County Supervisor Lena Fowler has been working to ensure that services and resources are shared equally and efficiently among the communities in her district.

A first step to evaluate the provision of resources is gathering input from her constituents. In an effort to hear from many perspectives, she has attended, hosted and organized several community meetings, workshops and events.

Supervisor Fowler says her office doors and phone lines are always open to hear citizens' concerns, complaints and ideas. She is committed to making referrals to the appropriate contacts and redirecting inquiries to find answers when constituents come from outside her district.

Since January, Supervisor Fowler has met with the Tuba City Police Department to stay updated about the planning of its new building. During those meetings, she advocated for the addition of videoconferencing capabilities for court appearances, which she felt would ultimately cut expenses by reducing travel time for offenders and law enforcement staff.

Supervisor Fowler was a sponsor for the 2010 Tuba City Law Day, and donated food and beverages for the event.

Over the past few months, Supervisor Fowler and Western Navajo Local Governance Support Center director Regina Allison spearheaded the discussion regarding the Joint Powers Agreement between the Navajo Nation Division of Community Development and Coconino County's Public Works Department. The goal of these meetings is to collaborate and network with the Chapters within Coconino County regarding transfer stations and solid waste management.

At the last meeting on April 30, the three entities discussed how to manage cost-sharing and joint responsibility for the various transfer stations within the context of budget cuts. Supervisor Fowler highlighted the urgency of addressing illegal dumping that is occurring on the mesas outside of Page. Trash from illegal dumps now poses a potential safety hazard.

In addition to her extensive community outreach and weekly duties on the Board of Supervisors, Fowler represents Coconino County on several

For future updates and announcements, visit the Coconino County website at www.coconino.az.gov, send an e-mail inquiry to lscott@coconino@az.gov, or call (928) 283-4518.

The following is a listing of Supervisor Fowler's office hours and locations: