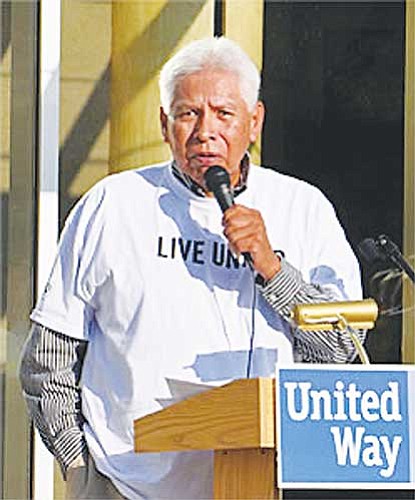 In 1989 he served as a commissioner for McKinley County, N.M. and was active in the New Mexico Association of Counties. Plummer remained a commissioner until 1992, shortly after he was elected Vice President.

At the time of his death, Plummer was the governmental relations manager for Arizona Public Service (APS) at the Four Corners Power Plant in Fruitland, N.M. He was also was a veteran of the Vietnam War.

Plummer made a name for himself in various levels of government. He received his bachelor's degree in behavioral science and social work from New Mexico Highlands University in 1973. He later earned an MBA from the University of Phoenix.

Plummer also earned recognition in Who's Who in American Colleges and Universities for his academic acheivements.

"It was with great sadness that I heard of the loss of a dedicated public service, the late Navajo Nation Vice President Marshall Plummer," President Shirley said. "On behalf of the Navajo Nation, I offer our deepest condolences to his wife and family. We offer our sympathies and pray they find the strength to carry them through this difficult time, knowing that Mr. Plummer's contribution to the Navajo Nation, his community and the many people he helped is deeply appreciated and will be remembered."

Flags are to be flown at half-staff until sundown on April 3. Funeral arrangements are pending.