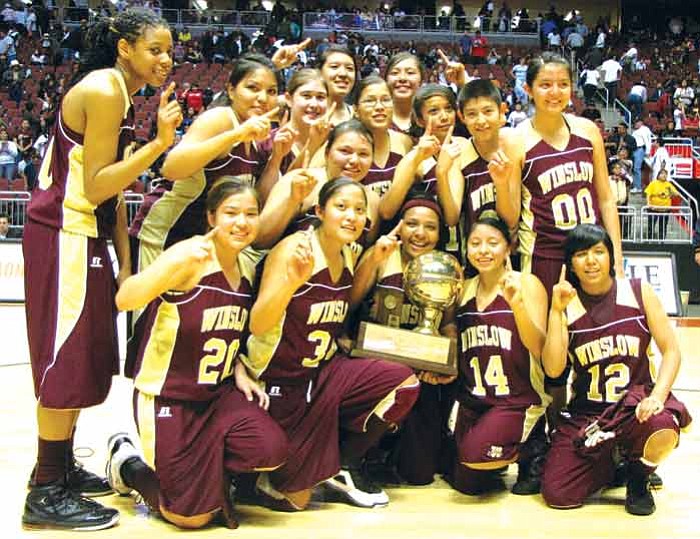 The Lady Bulldogs had freshman Mattea Begaii's two three pointers and long two to build a 13-4 first quarter lead. Begaii has two older All State sisters who graduated from Winslow High School. Window Rock played considerably better in the second quarter and had cut the lead to a single point 17-16 at the half. Winslow had a strong and decisive third quarter and led 34-23 entering the final period.

Window Rock cut the lead to three points midway through the quarter but that was as close as they would get as Winslow picked up the pace and preserved their eventual victory.

Kourtney Shirley led Winslow with 15 points. Begaii with 13 points and Shernise Ward with 11 points were also in double figures for the Lady Bulldogs.

Coralie Clark led all scorers with 17 points for Window Rock. Ashley Mitchell was also in double figures for the Lady Scouts with 11 points.