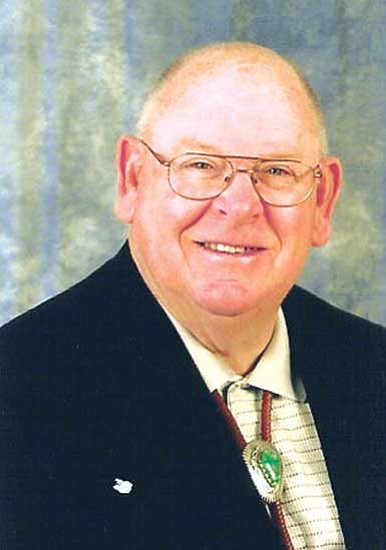 WINSLOW, Ariz. - Winslow High School Athletic Director and girls' basketball Coach Don Petranovich announced before the Arizona state playoffs that he would be retiring as girls' basketball coach as of the end of the 2009-2010 season.

Petranovich can add another state title to his list after the Winslow Lady Bulldogs emerged victorious in the class 3A championship round against the Window Rock Lady Scouts with a final score of 51-40.

With approximately 700 wins to his credit, Petranovich has been the winningest high school girls' basketball coach in state history. His teams have been state championship contenders for most of his lengthy career.

Petranovich is a member of the Arizona and National Halls of Fame and was the National High School Girls' Basketball Coach of the Year in this year's voting. He has received honors as both a girls' basketball coach and as an athletic director on both the state and national levels. He has been active in the many state and national organizations for coaches.

He has taught, coached and administrated in the Winslow school system for over 40 years. He has coached football and softball as well as both boys' and girls' basketball. He has enjoyed decades of success in his chosen profession.

Petranovich created the Winslow Winter Classic Girls' Basketball Tournament, which rapidly became one of the premier girls' basketball events in the southwest. Teams have come from as far away as Alaska to participate in this tournament held in December.

His summer program is among the best in the nation. Those summer programs usually conclude with a trip to San Diego for a tournament that includes some of the best girls' basketball teams in California and other states in the western United States.

It is not unusual to see Petranovich's Lady Bulldogs be among the most successful teams in those tough tournaments.