'An Evening with Spike Lee' at NAU 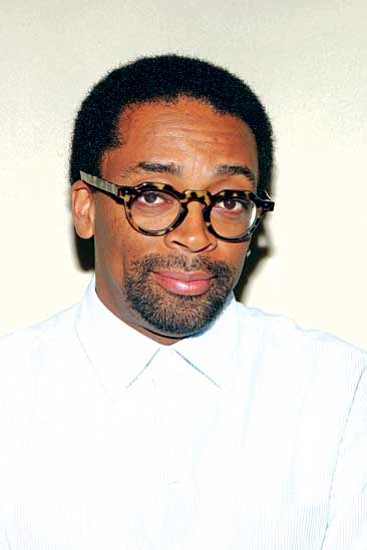 FLAGSTAFF, Ariz. - One of the premier American film directors, producers, writers and actors will be coming to Northern Arizona University to talk about race.

Spike Lee will speak at NAU for International Holocaust Remembrance Day, Jan. 27 at 7 p.m. at Ardrey Memorial Auditorium. The event is sponsored by the NAU Martin-Springer Institute.

Lee will discuss citizenship, government policy and human rights in his presentation "An Evening with Spike Lee."

"We chose Spike Lee to address the campus on International Holocaust Remembrance Day to recognize his advocacy for Hurricane Katrina victims, his candid portrayal of the challenges facing some African Americans and his relentless focus on prejudice and racial stereotypes," said Jane Marks, director of the Martin-Springer Institute.

The visit will also consist of an extensive film series the week of Jan. 22-26, with many of Lee's films screened before his presentation. The film festival will start with "Do the Right Thing" on Jan. 22 at the Orpheum Theater in downtown Flagstaff. The screening will be followed by a panel discussion and debate on racial issues in Flagstaff, featuring the NAU debate team and community leaders.

Other films will be screened at the Northern Arizona University Cline Library Assembly Hall.

"[The] documentary, "When the Levees Broke," focuses on people displaced in the aftermath of Katrina and reminds us that there are many lessons of the holocaust that still need to be learned," Marks said. "Our hope is that we can use ... Lee's visit and films to provoke candid discussions about racial and class issues in Flagstaff and identify some paths to mitigating these tensions."

The event and activities surrounding Lee's visit have involved many campus and community groups, with the intention of including multiple voices and perspectives.

Lee's presentation and the film series are sponsored by the Martin-Springer Institute, Student Advisory Council, College of Arts and Letters, College of Education, Multicultural Student Center, Black Student Union, Department of Politics and International Affairs, Department of History and College of Arts and Letters Film Series. Community sponsors include the Sunnyside Neighborhood Association and the Murdoch Community Center.

Tickets to "Do the Right Thing" on Jan. 22 are $8 and available at the Orpheum Theater in downtown Flagstaff. The other movies in the Spike Lee Film Festival will be free.

Tickets for "An Evening with Spike Lee" are $30 for the general public and free for students. Tickets are required and available at (928) 523-5661. For more information visit nau.edu/msi.