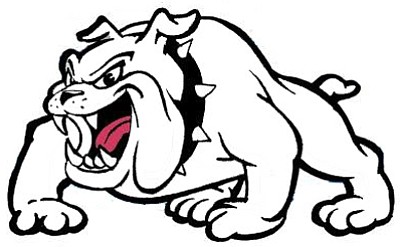 The Winslow Bulldogs and Lady Bulldogs both defeated teams they had lost to twice in the regular season in 3A North Region Tournament Championship Games to win regional titles. The Lady Bulldogs bested Window Rock 44-31 in a low-scoring defensive struggle. The Bulldogs nipped Chinle 51-50 to win the boys' tournament. Both teams will open state tournament play at home with the boys' game on Monday and the girls' on Tuesday. Opponents will be determined by the power point system.

In the boys' game, the Bulldogs defeated the Chinle Wildcats 51-50 to win the 3A North Region Tournament at Chinle on Friday. The win left Winslow with a record of 26-5 going into the Arizona State 3A Conference Tournament.

Winslow led 15-14 lead after the first quarter and was also up by a single point at the intermission 24-23. Chinle came back to take a two point lead of 35-33 in the third quarter. The Bulldogs had their highest scoring period of the game in the final quarter to escape withthe 51-50 win.

Kraig Shirley, the only Bulldog in double figures paced the Winslow attack with 13 points. Dale Dixon and Tyler Williams had eight points each for the Bulldogs and Micheaux Begaii added seven points. Chinle's Brandon Yazzie was the only Wildcat in double figures and led all scorers with 24 points. Laine Yazzie had nine points for the Wildcats. Winslow's prowess at the charity stripe was an important factor as the Bulldogs made 21 of 28 free throw tries to only six of 14 for the Wildcats.

Defense was key for the Lady Bulldogs as they held a usually high scoring Window Rock to less than 10 points in the first three quarters. Winslow led

9-8 after the first period and 18-16 at the half. The third quarter was a key as the Lady Bulldogs increased their margin to 28-20.

Perhaps the most important win on Friday was the Holbrook Lady Roadrunners crushing Tuba City 46-26 in the game for third place. That win enabled them to earn a spot in the state tournament on the road on Tuesday. Apparently, the 3A North Region has five girls' teams in the state tournament as Holbrook joined Winslow, Window Rock, Monument Valley and Tuba City. Chinle was apparently replaced by Holbrook.

Holbrook also won the boys' third place game 72-60 over Window Rock. The 3A North Region has four teams in the state tournament with Winslow, Holbrook, Chinle and Window Rock in that elite group.