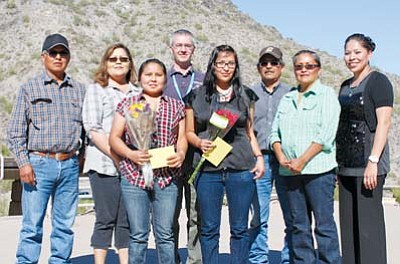 Succo will pursue her degree in science at Fort Lewis College. Her long-term goal is to work in the medical field.

Connie Jay, a teacher at Monument Valley High School said, "I admire Deidra for her calm demeanor and determination to do an outstanding job on any task which has been given to her. She led by her example rather than persuasion."

She attends Northern Arizona University where she hopes to prepare herself for medical school by majoring in biology. Randall Ellis, a teacher at Monument Valley High School described her as, "driven, intelligent, and insatiably curious. She is mature well beyond her years and possesses a strong voice and unwavering work ethic."

For more information about donating to the NANAF and applying for scholarships, go to

www.tnanaf.org. The deadline for the next round of applications is May 1.