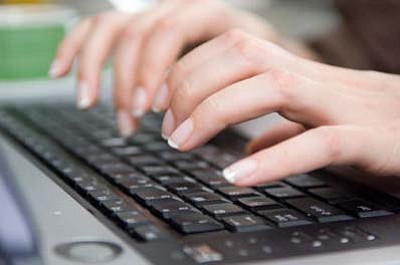 1. The Hopi Tribal Council's Action Item 034-2010 and its official resolution rescinded H-007-2009 revoking all actions of "an illegal interim government (Hopi Council)" and "an illegal Presiding Officer (Phillip Quochtewa) of such Council," including the revocation of the WESTCARB/Hopi Tribe C02 Capture Sequestration (CCS) Project Proposal (dated Aug. 6, 2009) and its supportive tribal resolutions submitted to the U.S. Department of Energy.

2. The Council has been banned from venturing into this territory until an existing moratorium for all mineral exploration/development on the Hopi Reservation (pre-dated to Chairman Abbott Sekaquaptewa's administration) is lifted, and until a Hopi Energy Policy is adopted by the Council.

4. The proposal also identifies Joelyn Roberson as a PMT member/Hopi Project Manager/Tribal Lead. She was to "facilitate Hopi Tribe participation in the project and public outreach," but has failed in these areas, which has led to tribal contentions and challenges to the project. Public outreach meetings for the same type of project at the Cholla Power Plant were held in August 2007 and November 2009 in Holbrook to inform the public of the proposed project and to invite their questions and involvement. Why was Roberson not held to conducting similar public outreach to the Hopi-Tewa and Diné People?

5. On Aug. 6, the newly-organized Inter-Tribal COALition conducted an all-day forum at Hotevilla. Key presenters educated a large crowd of attendees and solicited ideas on the CCS Project and its potential impacts on both tribes' shared water and other natural resources. This interaction with participants will produce strategies to advocate for tribal members' interests and rights in the Black Mesa Basin and adjacent areas. The COALition took on this responsibility while expending their own time, energy and resources that the Hopi Council, Hopi Water and Energy Team, Tribal Administration and Joelyn Roberson should have undertaken.

Also, in support of this cause, Navajo youth from Tuba City and surrounding areas conducted a two-day march from Tuba City to Hotevilla. The youth "denounced the Hopi CCS Project for the purpose of protecting and preserving their precious water and natural resources from further exploitation and development, and to safeguard these resources for future generations."

6. In an article published in the Navajo-Hopi Observer (Aug. 10 edition), the Arizona Corporation Commission unanimously approved "a new energy efficiency standard" for Arizona utilities it regulates. Once certified by the Arizona State Attorney General, Arizona's utilities, including APS and Tucson Electric Power (TEP), will be required to provide a cumulative annual energy savings of 22 percent by 2020. TEP is one of four West Energy Company (WEC) Consortium partners in the WESTCARB/Hopi Tribe CCS Project. APS operates the Cholla Power Plant.

Once the energy efficiency standard takes effect, all state utilities, the AZ Corporation Commission and other interested parties will be required to collaborate on refining and expanding energy efficiency programs to ensure all consumers can reap the benefits. Whether TEP will remain in the Consortium because of this remains to be seen. If it decides to sever its relationship with the Consortium and the CCS Project, it will need to be reported to the DOE. TEP's possible pullout would seriously impact the project.

Navajo Nation Council Delegate Raymond Maxx stated that, "any subsurface interests and rights are equally shared within the (former) Joint Use Area with the Navajo Nation. Neither the Hopi people nor the Navajo Nation were consulted prior to the [project's approval] on July 19."

8. Despite what Nada Talayumptewa of the Hopi Tribe's Water and Energy Team claims, HTC Resolution H070-2009 states verbatim: "The project will also give the Hopi Tribe valuable data and information concerning other resources that may be present beneath the Hopi Reservation, including water resources, additional coal reserves, coal bed methane potential, and oil and natural gas potential."

Nowhere in supportive resolutions, an MOU or the CCS Project proposal does it state in writing which party is to gain ownership of the data/information. Also, nowhere in these documents does it guarantee in writing that the stored CO2 will ever migrate and seep into aquifers used for domestic, religious and other viable purposes.

On Page 14 of the CCS proposal, it states, "the WEC Consortium and Hopi Tribe are committed to move this project forward on a 'fast track'."

It is time the Hopi-Tewa People demand that the Hopi Council immediately rescind its resolutions approving this project, and send this message to WESTCARB, the WEC Consortium and the DOE.