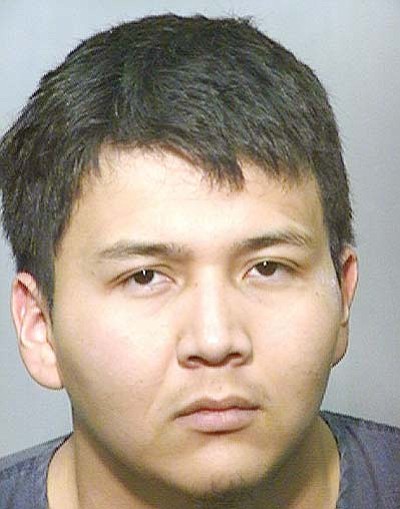 Kane County Sheriff Deputies had been in foot pursuit of an armed suspect identified as Scott Curley, 23, a Native American male, last seen wearing a brown shirt and blue jeans. Scott Curley was reported to be armed with a high-powered AR15 military rifle.

The shooting occurred approximately 3 miles east of Fredonia, according to a press release from the Coconino County Sheriff's office. Scott Curley is a resident of the Fredonia area. Additional local, state, and federal agencies including the US Marshals have responded to the scene. As of the morning of Aug. 27 the subject is still at large.

• There are 21 agencies and 121 law enforcement officers assigned to the incident, plus additional support staff.

• During the night, officers continued to work the operation and maintained a perimeter around the area in which they believed the suspect to be.

• Teams were switched out this morning.

• The suspect also is suspected to be involved in a burglary of the Fredonia School.

• The suspect is very familiar with the land and friends describe that he may have stashed food and supplies in "spider holes" (caves and cliff areas).

• K9 Teams and SWAT Teams have plans to investigate the spider holes today.

• Teams also are investigating possible sightings of the suspect, no confirmed sightings at this time.