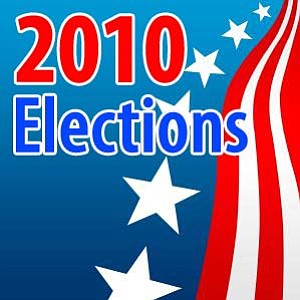 FLAGSTAFF, Ariz. - Despite a lower than anticipated voter turnout, voters across Arizona went to the polls on Tuesday to vote for their respective candidates. According to unofficial results, just over 24 percent (16,216) of registered voters in Coconino County showed up at the polls, well under the estimated 35-40 percent predicted by Coconino County Recorder Candace Owens.

In Navajo County, there were 15,423 voters (about 26.4 percent) who showed up at the polls. Statewide, there was an estimated 25.5 percent voter turnout.

Historically, elections in years where there are no presidential candidates have had low voter turnouts.

In the State Senate race for District 2, Democratic candidate Jack Jackson Jr. came out on top in Coconino County with 2,433 votes, but followed candidate Sylvia Laughter with 1,207 votes in Navajo County. Laughter garnered 1,431 votes in Navajo County and 1,251 votes in Coconino County. Jackson leads the statewide polls with 6,022 votes. Other candidates running for this office included Kee Allen Begay Jr. and Gloria Hale-Showalter.