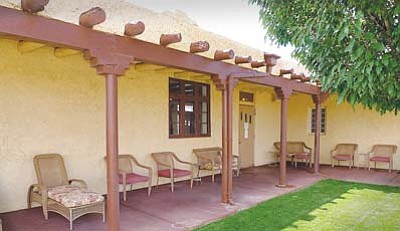 WINSLOW, Ariz. - The current operator of the Winslow airport is Wiseman Aviation based in Flagstaff. As the co-owner and CEO, Orville Wiseman has restored the terminal to pristine condition. In fact, it probably looks better than it did over 80 years ago in 1929. Orville even went so far as to reconstruct the low stucco wall beyond the veranda, which is seen in historical photos supporting Will Rodgers.

Today the Winslow-Lindbergh Airport is still likely to be open when many others in northern Arizona are closed because of bad weather. Winslow sits in a "bowl," which is lower than the surrounding area. As a result, it is usually clear when storms are swirling all around it.

In 1930 Trans World Airlines was formed and provided 48-hour transcontinental trips using trains and airplanes from New York City to Los Angeles in California. Winslow was a necessary fuel stop between Albuquerque and Los Angeles.

Currently the US Forest Service maintains a firefighting Air Tanker base in Winslow, which was instrumental in subduing the recent forest fires in and around Flagstaff.