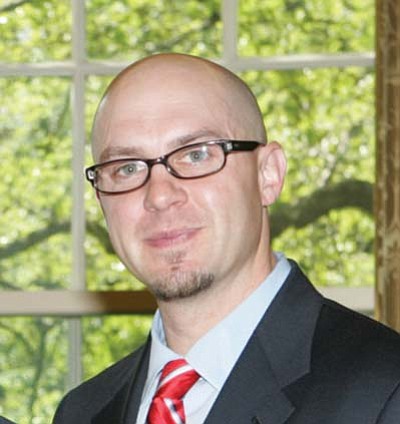 FLAGSTAFF, Ariz. - In a special meeting held last Wednesday evening, the Coconino County Board of Supervisors appointed Robert Kelty as Superintendent of Schools, effective August 17. Kelty will replace retiring Superintendent Cecilia Owen and will serve the remainder of her term, which ends Dec. 31, 2012.

The office will be up for election in 2012. The final vote for the appointment was 4-1, with Supervisor Carl Taylor voting no.

"I am deeply honored, humbled and emotional. I will commit 120 percent of myself to this new opportunity and will be out there fighting for our schools. We have an incredible opportunity in northern Arizona to lead the way for increased academic achievement in our schools and I hope to champion that cause," said Kelty after his appointment. "I have big footsteps to follow in replacing Superintendent Owen and wish her the best in her retirement."

The recruitment process began with a request for letters of interest and resumes. Interviews were conducted Aug. 9, followed by a candidate "meet and greet" with community and educational leaders. The group then provided impressions and observations of the candidates to the Board of Supervisors.

"Each of the candidates brought a wealth of experience, talent and skills. The one attribute they all have in common is that they deeply care about our schools, students and teachers," stated Board Chair Liz Archuleta.

In considering, and ultimately appointing Kelty, several Board members commented on his passion, enthusiasm and experience in serving diverse populations; as well as his new ideas and unique ways to work with the various school districts in Coconino County.

Kelty was named 2008 Arizona Teacher of the Year by the Arizona Education Foundation and was awarded an Honorary Doctorate of Humane Letters from Northern Arizona University. He began his teaching career at Crownpoint Elementary School on the Navajo Nation. He currently teaches at Puente de Hozho Elementary School in Flagstaff.

Kelty holds a masters of arts in elementary education, from the University of New Mexico and expects to complete his doctorate of education with a dissertation area of Public Policy and Poverty Elimination from NAU in 2011.

He is a Fellow in the Arizona Educational Policy Fellowship Program and the Center for Progressive Leadership. Additional past recognitions include the Arizona School Board Association Golden Bell Award, Teach for America Alum, and a City of Flagstaff Proclamation naming "Robert Kelty Day."