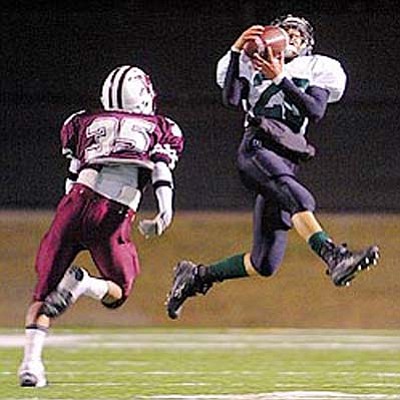 All seven teams in the 3A North Region will take the field on Aug. 27 for their opening day games, all of which are against non-regional opponents.

The Holbrook Roadrunners will open against the 2A North Region Greyhills Knights at Tuba City. To their credit, the Roadrunners have three very tough non-regional games against the 3A East Region Snowflake Lobos at Snowflake on Sept. 3; at home against the always formidable Blue Ridge Yellowjackets on Sept. 10; and finally by hosting the Chino Valley Cougars of the 3A West Region in the final regular season game

The Tuba City Warriors will open against the 2A North Region Hopi Bruins at Polacca. The Warriors also host the 3A West Region River Valley Dust Devils on Sept. 24. The Warriors expect to be a playoff team.

The Window Rock Scouts will open at home against Fort Wingate, N.M. The Scouts will be on the road for their next non-regional game at Many Farms to meet the 2A North Region Lobos. The Alchesay Falcons of the 3A East Region will be their toughest non-regional opponent at home on Sept. 10. Alchesay may have been one of the toughest non-playoff teams last year and has been a tough non-regional opponent for 3A North Region teams in the past.

The Monument Valley Mustangs open at home against the 2A North Region Red Mesa Redskins. The Mustangs then will have one of the toughest non-regional schedules at White River against the Alchesay Falcons of the 3A East Region on Thursday, Sept. 2. Hey will play at the 4A North Region Page Sand Devils on Sept. 10 and at Snowflake late on Oct. 22 in the next to the last game of the regular season. The Mustangs hope to earn another playoff slot.

The first 3A North Region game will be on Sept. 3 at Winslow when the Bulldogs host the Tuba City Warriors. There will not be another regional game until Sept. 17 when the all important regional play begins with three such contests in each of the remaining weeks.