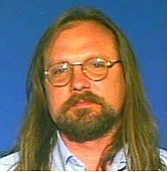 Hendricks is described as a white male, 44 years of age, standing 6'1" tall and weighing 190 lbs. He has a full beard, long, straight brown hair, and wears glasses. He was last seen wearing a blue Polo shirt and khaki pants.

Hendricks was last seen by his wife on the morning of Monday, April 19, leaving their east Flagstaff home at approximately 8 a.m. for his place of employment. He never arrived and has not been seen or heard from since.

Hendricks is driving a burgundy Suzuki Grand Vitara bearing Arizona license plate "761- VPM." Anyone with information on the whereabouts or current status of Hendricks should contact the Flagstaff Police Department at (928) 774-1414, Coconino Silent Witness at (928) 774-6111, or call their local law enforcement agency.