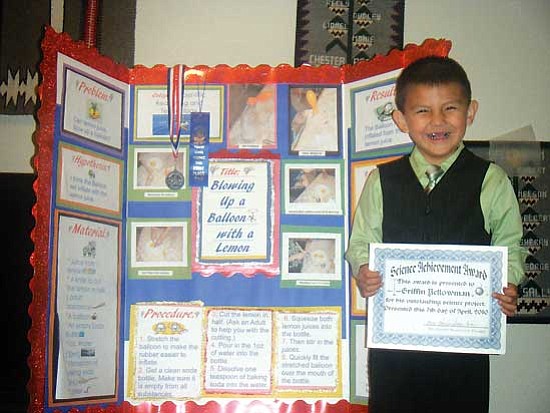 Griffin Ty Yellowman, who is in Ms. Herbert's kindergarten class, was given special recognition on April 7 at the Tuba City Unified School District board meeting. Yellowman, who is Bitter Water and born for Sioux, is originally from Tuba City, but resides in Coalmine. His parents are Griffin and Stephanie Yellowman.

He was among two students representing Tuba City Primary School who placed at the Northern Arizona Regional K-8 Science Fair. He was presented with a first place certificate, medal and ribbon by Principal Harriet Sloan-Carter. His science project was titled, "Blowing Up a Balloon with a Lemon."