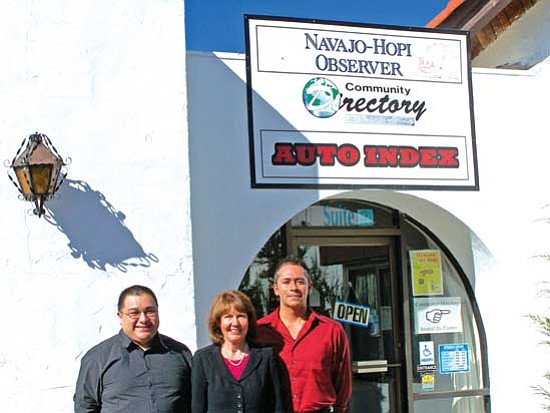 WASHINGTON, D.C. - Rep. Ann Kirkpatrick is continuing her efforts on behalf of Native Americans who have served in our military by introducing the Indian Veterans Housing Opportunity Act of 2009. H.R. 3553, introduced Sept. 10, corrects an oversight in the Native American Housing Assistance and Self-Determination Act (NAHASDA) that has caused disabled Veterans, their families and their survivors to be denied help because they are receiving veterans and survivor benefits.

NAHASDA was passed in 1996 to help Indian Country communities more easily access grants for housing. While it produced results, the law still has some significant flaws. Assistance is limited to families making less than 80 percent of the median income of their area, and the act treats compensation for veterans with service-related disabilities or for the families of those killed in service as income. As a result, these benefits can push veterans and survivor families above the limit, making them ineligible and costing them assistance that they badly need.

This flaw was brought to Rep. Kirkpatrick's attention by the Navajo Housing Authority, which has been working hard to educate members of Congress about the issue and its consequences for Navajo veterans.

"Native American veterans have sacrificed so much for this country, and they should not be punished for getting the benefits they have been promised," Rep. Kirkpatrick said. "It is time to right this wrong and ensure our fighting men and women are not disadvantaged by their service."

The penalty is particularly tough on the seriously disabled in Indian Country as there are generally few or no private housing options on tribal lands that meet their needs. Significantly, more severe disabilities make veterans eligible for more compensation - the worse an injury a veteran suffers, the less likely they are to receive assistance under NAHASDA as it is now written.

H.R. 3553 would change the definition of income to specifically exclude veterans' compensation and survivor benefits, ending this unfair practice and lifting the burden on Native American veterans.

"We have a sacred duty to keep our promises to our fighting men and women, and we are not meeting that obligation under the current law," Rep. Kirkpatrick said. "This bill will fix the problem and help us do the right thing for our veterans."