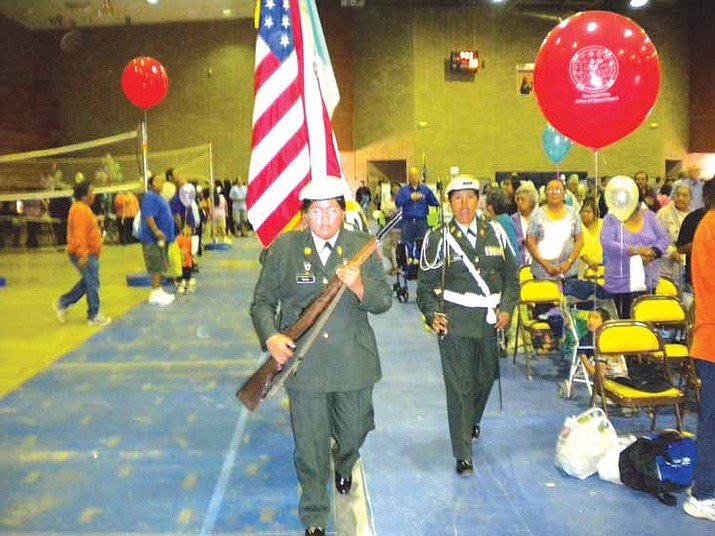 On Sept. 15, the Hopi High School JROTC Color Guard Team was asked to present the colors for the Special Needs Event at Hopi Veterans Memorial Center at 9 a.m.

"It was fun ... I kind of messed it up, but next time I will be ready." She added, "It was a great learning experience for me, because now I will know what to expect," said Cadet Private Brandi Navenma.

"I was scared and that's probably what messed me up, said Navenma.

It was the cadets' first time performing with the color guard team, and they were nervous and shaky, but they did a good job for their first color guard activity.

Future events for the community to prepare for from JROTC include, after school snack bars, football game concessions, and the Fourth Annual Piestewa Drill Meet.