Winners of the Dzil Libei and Miss Hawkeye pageants 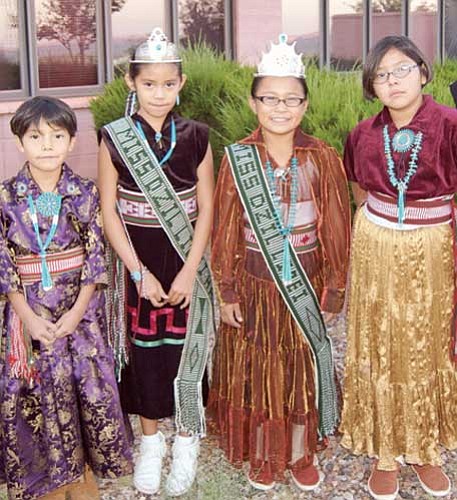 Nez entertained the crowd by singing a special song that she has known since she was young. Nez enjoys listening to Native American music. She plans to do well in school this year.

The contestants for Miss Hawkeye (for students in kindergarten to third grade) were Jaime Butler and Terri Yazzie.

She entertained the audience by performing a hoop dance. She was able to put the hoops into a ball. Butler enjoys watching all types of Native American dances.

This year the pageant was under the direction of Mrs. Sally Yellow, Navajo Language Teacher.

For more information about the Dzil Libei pageant or about Dzil Libei Elementary School, contact Sharlene Navaho, at (928) 679-2243.