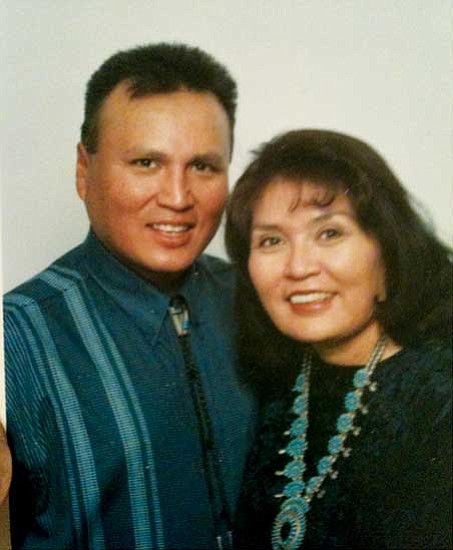 Funeral services for Loretta Drake-Johnson were held Oct. 24, 2009 in Flagstaff. Burial followed at the Citizens Cemetery.

Loretta left to be with the Lord and with her husband Manuel Johnson on Oct. 20, 2009. She is the daughter of Helen Drake of Tuba City and the late Harold Drake Sr. of Navajo Mountain, Utah. She is also the granddaughter of the late Katherine Tex-Jackson of Tuba City.

She was preceded in death by relatives Ellouise Degroat, Garnet Yazzie, Katherine Tohonnie and Leander Pinto.

Loretta also left behind many nieces and nephews, and several grandchildren. She will be dearly missed and will forever be in our hearts. We the family would like to thank everyone for all the prayers, love, and support given to us at this time of grief.