Flags to fly at half-staff for Westbrook 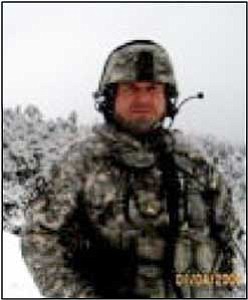 "All of the Navajo Nation is stunned and deeply grieved to learn that the Westbrook family has lost a second brave son in the War on Terror," President Shirley said. "Like his brother Marshall, who died in Iraq in 2005, Kenneth gave his life protecting us all and defending freedom, doing what he fervently believed in, and living a life of honor. Our hearts and our deepest condolences go out to his family."

Sgt. Westbrook grew up in Shiprock and joined the Army after graduating from Shiprock High School in 1987.

Sgt. Westbrook also served in the Persian Gulf and Iraq wars. He was deployed to Afghanistan from Fort Riley, Kan., in November last year. He had a home in Fountain and planned to retire from the military in November.

His funeral is scheduled for 10 a.m. Friday at the Farmington Civic Center.