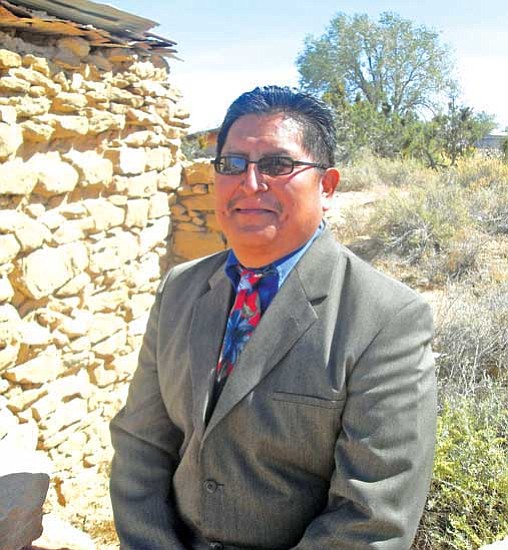 <i>Courtesy photo</i><br> Clark Tenakhongva, one of the finalists for the office of Hopi Tribal Chairman. He will face off against Leroy Shingoitewa in the general election on Nov. 18.

KYKOTSMOVI, Ariz. - Leroy Ned Shingoitewa and Clark W. Tenakhongva were the two top vote-getters on Wednesday in the race to be Hopi Tribal Chairman. They will face off Nov. 18 in the general election, according to official results released on Thursday.

Herman G. Honanie and Leroy Sumatzkuku led the field for the vice chairman's position, and will also battle it out in the general election.

The Election Board certified the results Thursday morning.

In all, 1,381 ballots were cast, according to Karen L. Balenquah-Shupla of the Hopi Election Office. She said turnout was low, but better than she expected given the political turmoil of the past couple of years.

Quochytewa, presiding officer of the Hopi Tribal Council, will retain his council seat, and will be up for reelection next year.

Presently, the chairman is also the chief executive officer of the tribe. However, a reorganization task team headed by Council member Davis F. Pecusa, is working on a resolution to remove the CEO powers from the chairman and make the CEO a separate job.

Pecusa stated that the CEO would answer to the Council, which would prevent the chairman from issuing executive orders that bypass the council.

Hopi voters are urged to contact the Hopi Elections office to confirm their eligibility to vote and to find their nearest polling station. For those who weren't able to vote in the primary election, requests for an absentee ballot can still be made through e-mail at hopielections@hopitelecom.net or by calling the Hopi Elections Office at (928) 734-2507 before Nov. 12.

Also, a series of forums for the Chairman and Vice Chairman candidates will be held prior to the general election on the following dates and locations from 6:30-9 p.m.:

• Thursday, Nov. 12 at the Museum of Northern Arizona, Flagstaff;

Hopi Radio KUYI 88.1 FM will be broadcasting the forums.