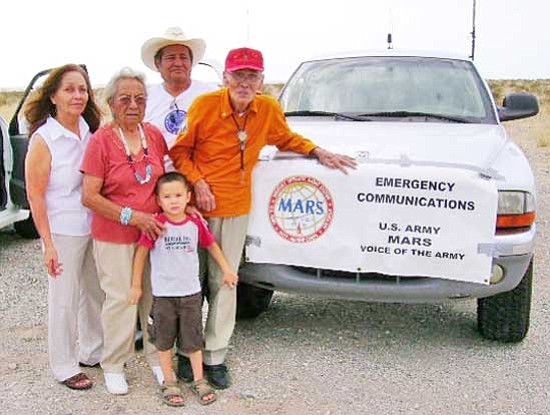 WINDOW ROCK, Ariz. - For the second time within a week, Navajo Nation President Joe Shirley Jr., conveyed his condolences to the family of a Navajo Code Talker who died Tuesday evening.

Thomas Claw, who was ill with cancer, died at the Northern Arizona VA Health Care Center in Prescott on Wednesday evening, said his son Harold Claw. He was 87.

"Just as we bade farewell to one of our honored Code Talkers, we sadly hear of the loss of another," President Shirley said. "It is with deep regret that we learned of the passing of Navajo Code Talker Thomas Claw, another of our distinguished warriors from World War II."

He was sent to Camp Pendleton for special military qualification and training as a code talker. He served with the 1st Marine Division and was overseas from Sept 20, 1943, until Nov. 6, 1945. He served in the Asiatic Pacific Areas of New Caledonia, Australia, New Britain, the Solomon Islands, Palau Islands, and Ryukyu Islands in Japan.

Mr. Claw received two presidential unit citations; the 1st Marine Reinforced for action against the enemy at Peleliu and Ngesebus from Sept 15-29, 1944, and for heroic action during the invasion and capture of Okinawa, April 1 to June 21, 1945.

He also received the Navy Unit Commendation Ribbon for service with 11th Marine Regiment in action against the enemy at Cape Gloucester, New Britain, from Dec 26, 1943, until April 30, 1944.

While in Okinawa, Mr. Claw was wounded and received a Purple Heart as a result of enemy action on June 24, 1945.

After his military service, Mr. Claw relocated to Parker with his wife Barbara in 1948. He was employed by the Bureau of Indian Affairs as a water master for the Colorado River Indian Irrigation Project, retiring after 20 years of service. He was in charge of delivering water to 80,000 acres of irrigated farmland.

Mr. Claw is survived by wife Barbara Claw, and his children Carolyn Hammond of Parker, Reynold Claw of Clearfield, Utah, and Pauline James, Harold Claw in Parker, and Gloria Claw all of Parker.

Funeral arrangements are being handled by the Parker Funeral Home in Parker, Ariz.