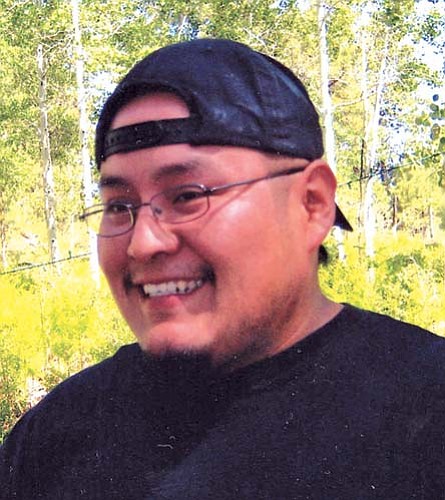 Store was born Nov. 26, 1975 in Fort Defiance, Ariz. into the One-Who-Walks-Around Clan (Honaaghaanii) for the Towering House Clan (Dzil'tah Kii'yaa'aanii). His parents are Jim and Helen Store of Leupp.

He is survived by his common-law wife, Emmeline Benton of Birdsprings and his two daughters, Erika Nizhoni Store and Savannah Ella Store; sisters Pauline Butler (KC) and Renita McCabe (Jonathan) both of Leupp; Charmaine Store (Billy King) of Flagstaff; Melissa Store of Phoenix; brother, Nolan J. Store of Flagstaff; and 18 nieces and nephews.

Norvel Owens Mortuary of Flagstaff was in charge of arrangements. Condolences may be sent to the family at www.norvelowensmortuary.com.