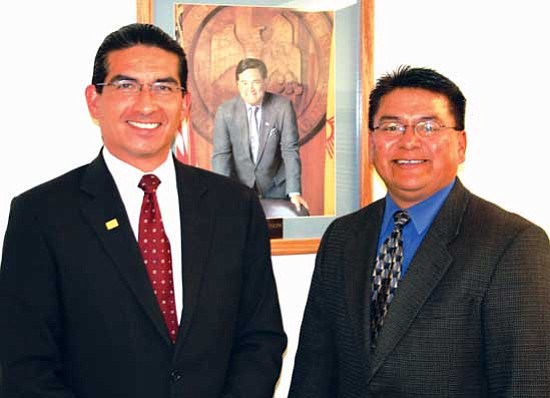 "Marvis Aragon is a leader among New Mexico's tribes, nations and pueblos and I am confident his background in tribal operations, government and business will be an asset to the Indian Affairs Department," Gov. Richardson said.

"[Aragon] was selected for this position from a group of highly talented and qualified candidates, and I believe his experience and background will contribute to strengthening the Indian Affairs Department's efforts to work effectively with all 22 tribes, nations, and pueblos in New Mexico and to better address the needs of all the Indian people of our state," stated Indian Affairs Secretary Alvin Warren.