Is this how we honor our fathers? 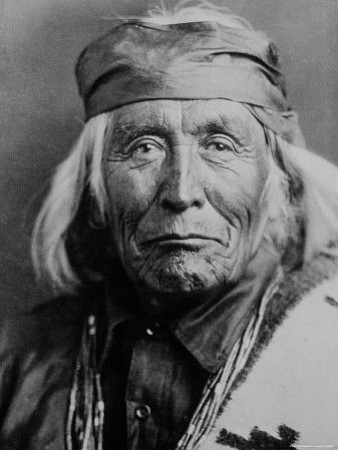 Some of you may remember an editorial of mine from several months ago about a 50-something year old Navajo man who beat up his 90-year old elderly father in a drunken fit of anger, threw him out of their vehicle and basically left him to fend for himself alongside a fairly busy stretch of Interstate 17 near Munds Park.

Well, the same thing happened again. The son, who had been incarcerated as a result of the first offense, was released from jail after serving his time and this time, was traveling with his father somewhere around the Gallup, N.M. area. Once again, the son threw his elderly father out of the vehicle along some deserted road and left him to fend for himself. The outcome this time, however, was that the father ended up passing away recently due in part to injuries he sustained from this latest incident.

Fresh in my mind was the fact that this past Sunday was Father's Day - a day where we are supposed to honor our fathers, brothers, uncles and other male relatives who have contributed something positive to our lives. Hearing about this latest incidence of total disregard for one's own father incensed me. My own father, whom I also regarded as a friend, passed on over 15 years ago. Not one day goes by where I don't think about him or acknowledge him or talk to him about things on my mind. Admittedly, I am somewhat envious of those individuals who still have both parents and are able to go on outings as a family, but that pales greatly in comparison to the anger I felt when I heard that someone could commit such thoughtless acts of flagrant disregard against their own father.

Granted, my father may not have been the world's most perfect father, but he did the best he could. He helped my mother raise my younger siblings and I to be good people and to become productive members of society. He continually used himself as an example, his mantra being, "Don't do as I do, do as I say." Those words have stuck with me through the years and have guided me through many difficult situations, particularly when it come to the use and/or abuse of alcohol.

On Sunday, after having spoken to my niece's father and my best friend, who is a father to three, I couldn't help but be reminded of the time when I learned my most valuable lesson from my father with regard to alcohol abuse. In brief, my best friend and I decided to go out for a night on the town one summer night with a couple of friends, and we ended up returning way past our curfew. It should be noted that I was somewhat inebriated at the time, but without yelling, my father told me to go straight to bed.

A few hours later, he pulled me out of bed - hung over - and took me over to my friend's house to pick him up. My friend was also hung over. Then, my beloved father took us out to our sheep ranch and made us shovel manure all day. Mind you, this was in mid-summer. So after a day filled with gnats, dry heat and plenty of dry heaving, we both promised my father that we would never do that again! And we never did. It was a very valuable lesson learned without the need to raise voices or employ other forms of violence. This was an ingenious move on his part, and from that day forth, I vowed to use that lesson to guide myself through life.

With that in mind, it totally baffles me that this other individual - whoever he may be - could so callously go on with his life and not be affected in some way by what he did. I only hope that his father, in some way, shape or form, will guide him to whatever role he was meant to fulfill.