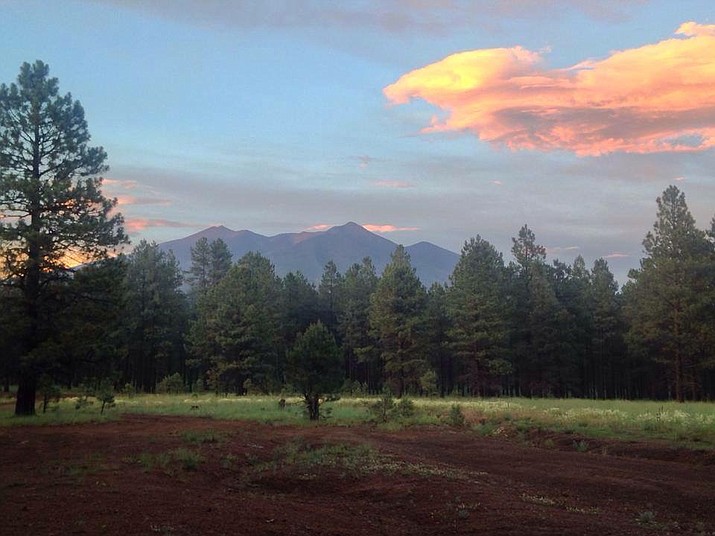 FLAGSTAFF, Ariz. - It seems to be a battle of "Peaks vs. Profits" in two neighboring states. Days after a decision in New Mexico where Mt. Taylor, a sacred mountain located near Grants, was placed on the State Register of Cultural Properties to protect it from exploratory drilling for uranium mining, an appeal filed to hear a case that would protect the sacred San Francisco Peaks from further development and to prevent the Arizona Snowbowl ski resort from using sewage effluent to make artificial snow was denied by the U.S. Supreme Court.

The petition filed by the Navajo Nation, other tribes and environmental groups on Jan. 5, called for the Supreme Court to hear the precedent setting case - Navajo Nation v. U.S. Forest Service - which would protect religious freedom and preserve the ecological integrity of the Peaks, which are considered sacred by at least 13 tribes in New Mexico and Arizona.

Arizona Snowbowl is proposing to clear about 100 acres of forest for expansion in order to extend the ski season. Snowbowl general manager J.R. Murray stated, "Snowmaking gives you predictability that you will open each year." Also included in the proposed expansion is construction of a 14-mile long pipeline to transport the sewage water to the resort.

In a statement released after the Supreme Court decision on June 8, Navajo Nation Speaker Lawrence T. Morgan expressed displeasure with their decision.

"The Navajo Nation cannot express enough disappointment and disapproval. Navajo people understand Dook'o'ooslid, the San Francisco Peaks, to be a significant relative that we attribute value, concern and meaning to as anyone else would to a mother, father or grandparent," he said. "It is very unfortunate that our non-Native relatives do not realize the seriousness of their decisions."

"The Sierra Club is disappointed that the Supreme Court chose not to hear the pleas of Native Americans across the country calling out for justice and the protection of the San Francisco Peaks," stated Rachel Tso, Sierra Club Plateau Group Executive Committee. "We continue to advocate for the protection of this important mountain and will continue to use every available means to keep reclaimed sewage from polluting this pristine mountain and Flagstaff's watershed for the economic benefit of a non-Flagstaff-based business. We will continue to work with tribal partners to ensure the long-term protections of this ecological and cultural treasure and will find a way to prevail so that justice is served."

In 2008, the 9th U.S. Circuit Court of Appeals unanimously passed the issue in favor of the Navajo Nation. However, the decision was later over turned in an en banc decision, which stated that the Forest Service's approval did not violate the tribes' religious freedom because the proposal did not place a substantial burden on their exercise of religion under the Religious Freedom Restoration Act.

To the Hopi, the Peaks are called Nuvatukya'ovi, or "The Place of Snow on the Very Top," home for half of the year to the ancestral katsina spirits who live among the clouds around the summit. When properly honored through song and ceremony, the katsinas bring gentle rains to thirsty corn plants.

The San Francisco Peaks, or Dook'o'ooslid ("The Place Where the Snow Never Melts"), are central to the Navajo creation story as well. Navajo tribal members consider the mountain as family and greet the peaks daily with prayers and song. The Peaks have been central to Navajo and other southwest tribes' spiritual religious practices long before recorded history. The Navajo believe the Holy People reside with in the peaks and that any desecration to the site would be disrespectful and sacrilegious.

According to Howard Shanker, an attorney for the Navajo Nation and former U.S. Congressional candidate, "The Supreme Court's refusal to hear the case leaves bad law in place in the Ninth Circuit. Under current law, Native American's have no way to substantively protect sites that are sacred or holy, like the San Francisco Peaks."

However, he added, "As long as there are Native Americans who believe in the [sanctity] of these sites, there are going to be people who [will] try to preserve and protect those beliefs," he said.

Shanker echoed Speaker Morgan's resolve when he committed "to continue to fight to save the Peaks and other holy places."

More details about this decision will follow in a future article.