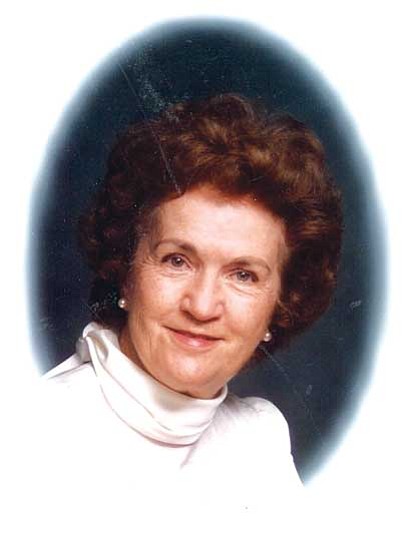 Frances Loring Stevens Dowdle died at home under the care of her family on Thursday, July 9, 2009.

She graduated from Winslow High School in 1934 where she was active in all things musical.  She pursued her interests at the University of Redlands in  Redlands, Calif. where she majored in speech and drama and minored in music, graduating in 1938. Music was a central theme of her life from childhood until the lasts months of her life, when she played the piano for the Fairways Community Chapel Service.  As a vocalist she sang in musicals in high school and college and was always active in the music program of her church.

In 1940, she married Frank L. Dowdle Jr. and lived in Globe and subsequently Winslow before moving to Coolidge in 1950. She lived in Coolidge for 54 years before moving to Casa Grande in 2004. Frank died in 1981. Prior to his death they built a cabin in Lakeside which she and her family enjoyed during the summers.

She was always a great support for her family and rejoiced at the arrival of each new addition. She was active in the First Baptist Church in Coolidge and Grance Church in Casa Grande.

She taught fifth grade in Coolidge from 1952 to 1977. She was active in PEO, Delta Kappa Gamma and the Pinal County Historical Society.

She loved to travel and was able to visit many countries during her retirement years. Her last trip was to China at the age of 85. Frances was a avid reader and always had a book "in process." She enjoyed learning and taking personal interest and music classes at Central Arizona College.

A memorial service is scheduled for today, July 15 at 11 a.m. at Grace Church, 1319 Cottonwood Lane in Casa Grande. In lieu of flowers, donations may be sent, in her memory to the Frances Dowdle Memorial Church Music Fund at Grace Church, P.O. Box 10975, Casa Grande, AZ 85122.

Simes Mortuaries Casa Grande Chapel were in charge of the arrangements.