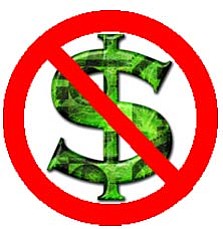 Times are tough. Budget cuts across the nation are announced daily and unfortunately, are no longer surprising. Earlier this month, the Arizona Legislature announced spending reduction options that were staggering. The Legislature proposed spending reductions of $243 million for the remaining few months of the current fiscal year and $388 million for fiscal year 2010, which begins July 1.

Northern Arizona University's share of the cut would be approximately $31.2 million for FY 2009 and an additional $17.5 million for FY10. Coconino Community College officials also announced cuts that equate to an anticipated 8 percent decrease from an already pared down budget, and an additional 15 percent cut is expected for FY 2010. The proposed cuts are not doable without severely impacting students with higher costs, fewer class offerings and larger class sizes. Administrators, faculty and staff would be impacted as well through work furloughs, increased workloads and possible layoffs.

It was also announced last week that NAU is closing its Center for High Altitude Training as a result of the budget reduction. The center will be closed immediately but will honor commitments to a few teams that have scheduled visits through the end of the fiscal year.

Local school districts have always been on a tight budget, and these cuts certainly will decrease education for our youth. We wonder what's ahead educationally at all levels. The K-12 system is penciled in for a nearly $1 billion cut this year and next. The Arizona State Legislature is looking at cutting all-day kindergarten, and all money for textbooks, furniture and school busses.

Even when times were good economically, Arizona has never received a high ranking when it comes to education. Arizona ranks 49th in per-pupil spending and 48th for need-based college grant aid. According to the Arizona Department of Commerce, by 2013 84 percent of Arizona's newly created jobs paying a "livable wage" will require at least an associate's degree, while half will require a bachelor's or advanced degree.

When it comes to educational cuts, Arizona is cutting off its nose to spite its face. How can we recover from a recession if we cut funding for education? We need a qualified, educated workforce now more than ever. With decreased funding comes decreased opportunities for educational funding.

Arizona Gov. Jan Brewer - along with the Arizona Legislature - clearly have their work cut out for them in 2009. It is our hope that education will be spared. Our youth are our future. We cannot hinder our future by slashing funds marked for education. Other options must be reviewed.