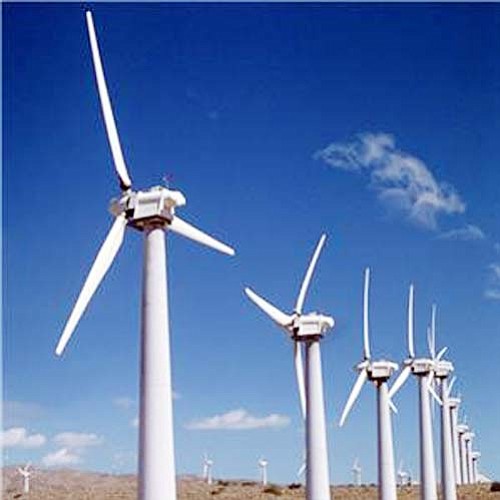 CAMERON, Ariz. - The contest between two major power companies to win the right to develop a wind farm in the Grey Mountain area of Cameron Chapter has created tension there as community members divide themselves into one of possibly four camps - pro-IPP/Sentra, pro-Citizens, the neutral and the yet-to-be-informed.

One is reminded of the old adage asking whether it was the chicken or the egg that came first in sorting out a history that runs as far back as 2005: Singer purports that IPP/Sempra was the first up at the plate; O'Connor claims that Citizens predates IPP/Sempra by two years. The dispute may be the result of the fact that IPP/Sempra began its conversation at the chapter level, whereas Citizens started at the Window Rock level.

"At the time, we were directed to work with Window Rock because there were agencies there designated by Navajo law to oversee the generation of power on the reservation," said Brian O'Connor, spokesperson for Citizens Energy in a phone interview on Feb. 17.

Rumors and misunderstandings are rife. There are claims that some were "seduced" for their signatures with gifts such as food, firewood, water or having their roads graded, and when people asked for additional services, they were told that to receive more assistance, they would have to sign in support of one proposal or the other - although no specific names have been provided to date.

"This is a big issue [developing wind energy on the Navajo reservation]," O'Connor said. "This is not about a steak dinner. Mr. Singer has acknowledged in the Boston Herald that ours was the better deal, but that it isn't about money - it's about trust.

"We were helping people out to show our good will - this is consistent with Navajo culture. When you meet with people, you bring a gift," O'Connor said. "In no instance was it said that we would feed people or help out in exchange for their signatures ... We have fed people who oppose us."

O'Connor said that he has personally visited scores of Cameron Chapter residents in their homes, and that he has seen people sitting without power or running water with the evidence of huge economic development in energy overhead.

Trust is a big issue here, O'Connor agreed, and referred to the 30-year track record that Citizens Energy holds in helping communities - and to the Kennedy family's commitment to Native American issues.

"Why would we be able to work with First Nation communities if we didn't win trust in those communities?" O'Connor asked. "Saying that we were trying to buy support with steak dinners or firewood is demeaning and insulting to the Navajo people. The notion you can buy off someone's support for a meal or firewood is ridiculous and insulting."

"We would be happy to have an open debate on the merits of both proposals," O'Connor said.

O'Connor referred interested parties to a letter to the editor recently published in the Navajo Times, indicating that it does much to clear up misunderstandings.

Kennedy responded to what he called "factual errors and misrepresentations," beginning with Singer's view of the history and purpose of nonprofit Citizens Energy Corporation.

"For the last 30 years, Citizens Energy has launched for-profit ventures, including Citizens Wind, for the sole purpose of financing charitable programs to help the poor with such basic needs as heating oil, electricity, natural gas, prescription drugs, health care, and education," Kennedy wrote. "Unlike for-profit companies, our business efforts at Citizens Energy are designed to enrich the lives of those in need rather than the executives and shareholders of our company."

An example of Citizens Energy's philanthropy on the Navajo reservation was a $429,000 heating grant released last year through partnership with CITGO Petroleum - and the company's website indicates that it expects to provide another grant of equal amount this year.

This gift was acknowledged by Navajo Nation President Joe Shirley Jr. in his State of the Navajo Nation Address of April 21, 2008 - and would be administered through the Division of Social Services. Further, Shirley announced that the Navajo Nation had entered into an Agreement in Principle with Citizens Energy on March 12, 2008, to explore wind energy development on the Navajo Nation - at Grey Mountain.

O'Connor acknowledged learning that some residents of Cameron knew nothing about the additional assistance, and said that he worked directly with the Cameron Senior Center to distribute information about how to obtain the assistance.

"This energy assistance can be used to purchase whatever fuel a household uses to keep warm - including kerosene, propane, wood pellets or firewood," O'Connor explained.

O'Connor acknowledged that Cameron residents were unaware of the assistance might be illustrative that members of the community are concerned they will not receive their fair share from Window Rock.

Kennedy's letter is upfront about Citizens Energy's offer - "a free 20 percent ownership interest, worth up to $10 million, which is more than 15 times Sempra's development-phase offer. This equity stake requires no up-front investment by the Navajo Nation," Kennedy said.

"It also means that the Nation, including Cameron, would receive a far superior benefit under the Citizens Energy proposal, including higher annual royalty payments because we choose to devote a higher percentage of the revenues to the tribe than does Sempra," Kennedy continued. "We support and advocate that a fair portion of these benefits flow directly to the Cameron Chapter."

O'Connor echoed this commitment to advocacy for Cameron's share and interest, but acknowledged that Citizens Energy - and IPP/Sentra - ultimately had no real power in that decision.

Kennedy stated that advocacy for his company should not be construed as attacks on the competing proposal, and that he would abide by "whatever process is set forth by the Navajo Nation and its elected representatives to pursue the opportunity."

In response to Singer's allegation that Citizens Energy is standing in the way of the IPP/Sentra proposal, Kennedy pointed out that it was the Natural Resources Committee, empowered by Attorney General Louis Denetsosie, that "stopped Sempra" from continued efforts to develop the Grey Mountain site.

Further, the conditional use permit issued under the Economic Development Committee - which no longer holds oversight of the development of natural resources-has expired.

"We offer this partnership because Citizens Energy is in the business of sharing the wealth we generate and not simply paying rents. It is the model we have used in wind projects with the Cree Nation of Quebec, the Wausauksing of Ontario, the Penobscot of Maine, and the Pine Ridge Sioux of South Dakota."

At the conclusion of his letter, Kennedy stated his continued hope that Cameron Chapter officials would work with his company for the benefit of the people of Cameron and the Navajo Nation.

"At the end of the day, there is more to unite than to divide us," Kennedy said. "If Citizens Energy is given the opportunity to develop the wind farm and share both profits and ownership, I hope local Cameron Chapter officials will work with us for the benefit of all the people of Cameron and the Navajo Nation."