Public notices - the public has a right to know 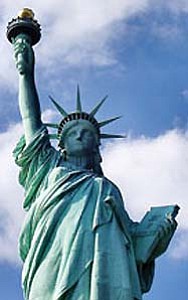 Public notices published in newspapers provide citizens - taxpayers and voters - a window into government. These notices inform citizens of government or government-related activities that affects citizens' everyday lives. Private citizens want to know what is going on when it comes to government and public notices affords this opportunity. This could change. The Legislature is seriously considering all ways to save money. Public notices stand a chance of being removed from newspapers to one of a few hundred government Web sites. The League of Cities and Towns created this legislation, claiming government Web sites provide access to this information via the Internet. This is just wrong. This will set transparency in government back for many years to come.

Public records are open to the public at the seat of government. Public notices are such important public records that for nearly 100 years Arizona lawmakers have required they be printed in newspapers so voters and taxpayers only have to look through the pages of the newspaper delivered to them. Upholding the public's right to know is essential. Our government governs with the consent of people and the people must remain informed.

Many public notices appear in newspapers. These public notices include changes to zoning, which could affect your neighborhood. New ordinances and resolutions are published, as well as notices for bids, public hearings public contracts and many other items. Our citizens want to remain informed at the local level.

We have to fight to keep public notices on the pages of newspapers. If you want to continue having the ability to monitor government activities, you need to let your legislative delegation know. You can reach your state senator and representatives at 1-800-352-8404 or write them at 1700 W. Washington, Phoenix, AZ 85007. You can also find your legislative delegation at www.azleg.gov.

Time to fight to keep public notice in Arizona newspapers
Editorial: HB2554 takes away public access to info
If you use or read public notices, speak up
Thanks for good public policy
Editorial: Keep the public informed, vote no on SB1399
Event Calendar