Snowplowing will continue - for this year
One-time strategy to fund plowing this winter, but $100 million gap remains 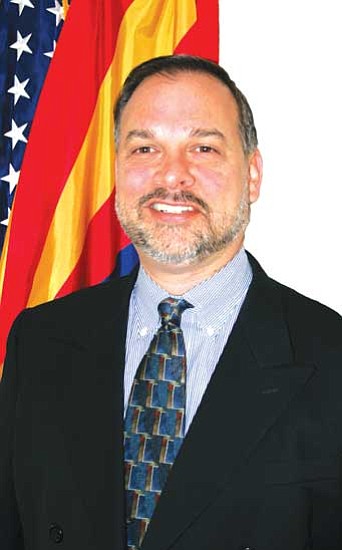 John Halikowski, director of the Arizona Department of Transportation

With the Arizona Department of Transportation facing a $100 million budget deficit this year, I stressed that we would focus on the safety of the traveling public and use our state highway system to keep the economy moving.

Yet as we approached winter, our budget issues hit us with a hard reality: How do we keep plowing snow at the same pace as last year?

The state's hiring freeze has left us with too few qualified snowplow drivers; the depleted budget has left us with no money to replace snowplows sold in past years to prop up the budget and fewer dollars to buy materials that help remove snow and ice.

While targeted to the most critical highways, our initial plan did not plow some roadways as frequently as in past years, potentially affecting the economic strength of communities that depend on winter visitors. That initial plan drew comments - that was our hope - and we listened, made changes and found a better option.

ADOT will plow as we have in past years: same routes and same frequency. This includes routes like State Route 89A in Sedona and US 180 near Flagstaff. However, responsiveness to individual storms will vary based upon the severity of the weather and the availability of people and equipment to respond.

Another solution was required to offset our reduced budget. ADOT will cut other operations this year and use a one-time strategy of selling several hundred fleet vehicles to purchase materials needed to support snowplowing statewide.

With this budget, everything is a take-to-give decision. Snowplowing is not the only concern. All maintenance, operational, or customer-service functions are severely underfunded because of the $500 million in transportation funding that has been diverted to address the state's budget.

As ADOT has outlined over the past few months, temporary closure of 13 rest areas, the pending closure of 12 Motor Vehicle Division Offices, reductions to highway maintenance and construction programs, and staff layoffs have all been implemented to deal with the $100 million deficit in our operating budget.

Unlike paying for highway construction projects, which are mostly funded by federal dollars, we don't have the option of using federal money to pay for snow removal. Laws prohibit using federal dollars for that kind of activity. Those restrictions mean that ADOT must manage the state's largest-ever construction program while, at the same time, cutting other operations by $100 million.

We found a snow-removal solution for this year. How will we fund snowplowing next year? There are no concrete answers for that challenge, which may only increase if transportation revenues continue to decline or if additional transportation dollars are diverted to the state budget.

Drive safely this winter and watch out for those snowplows.