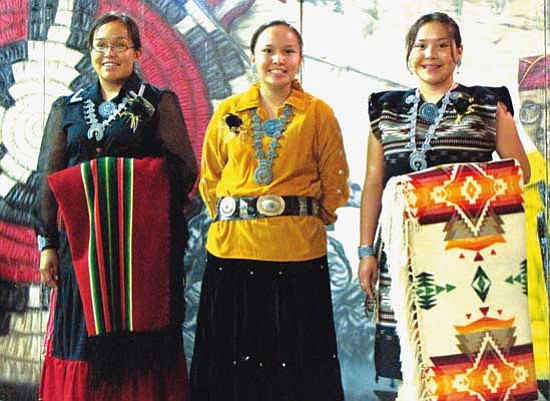 In the end, the committee and judges selected Gorman to be the ambassador for the Chinle Agency as Miss Central Navajo Agency Queen. Her platform was focusing on the youth of her community.

"I want the youth to become more active in and around the Chinle Agency," she said.

Runner-up Marla Muzzie will be called to fill in for Miss Central Navajo Agency as needed. She gave a message to the people of the Chinle Agency communities: "Stay active, eat healthy, show your talent out there. It's never too late. Put your mind to it and you can accomplish your dreams."