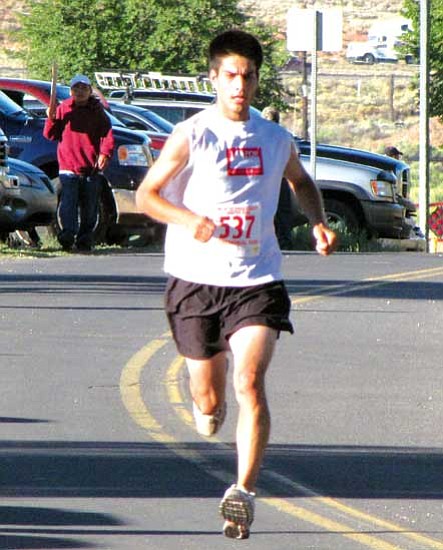 CHURCH ROCK, N.M. - Andy Yazzie of Rehoboth, N.M., the 1999 New Mexico State High School Cross Country Champion, ran from the pack to win the half marathon held during the 88th Annual Gallup Inter-Tribal Indian Ceremonial. Over 150 runners participated in the 5K run and the half marathon. One runner even came all the way from Washington, D.C.

Yazzie never lost his focus from start to finish, running with the eventual runner-up for the first six miles of the race. He pulled away at the mid-way point but was unable to shake off the determination of Juwan Nuvayokva of Oraibi who kept pace with him.

"I stayed focused and didn't look back," Yazzie said after the race. "My goal was to run a six minute per mile pace from the opening gun. My pre-run plan was to red-line it and go hard. I am glad with my performance [the win], because I gave it my best effort."