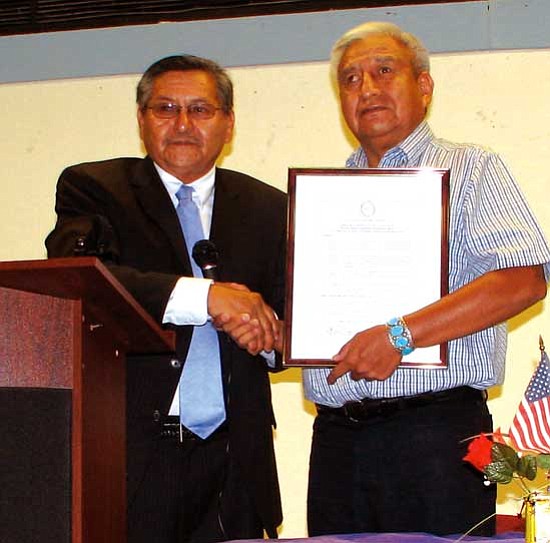 During a ceremony at the Navajo Education Center, Vice President Shelly presented a proclamation to Hoskie Benally, chairman of the Navajo Nation Advisory Council on Disabilities.

Vice President Shelly said that there are approximately 25,000 Navajos with a disability. Among those between the ages of 21 and 64, some 29 percent have a disability. But the largest group of disabled Navajos - at 70 percent - are those aged 64 and older, he said.

"This proclamation provides a forum for a concerted effort throughout the Navajo Nation to educate Navajos on the successes and issues of Navajos with a disability," Vice President Shelly said.

The proclamation calls upon all Navajos to participate in events and activities during Navajo Nation Disability Awareness Week.

The Vice President said the country is celebrating the 19th anniversary of the Americans with Disabilities Act of 1990 which has allowed disabled persons to participate more fully in life, and has opened doors for countless Americans by removing barriers, improving employment opportunities, expanding government services, and regulating public accommodations, transportation, and telecommunications.