Navajo Council must be held accountable for actions 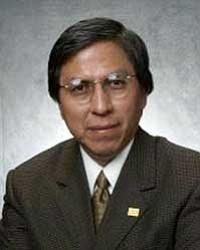 During the summer session, the Navajo Nation Council voted 63 to 16 to override President Joe Shirley's veto of Resolution CJN-18-09 which was approved in a special session on June 26. These resolutions took $9,765,000 from projected personnel savings located in all departments' business units, essentially cannibalizing our own Navajo Nation FY2009 budget and reshuffling the dollars before the budget year was over.

Currently, tribal departments are considering layoffs and this practice is pitting personnel and departments against each other. What is dismaying is that delegate sponsors [deceitfully] pushed these resolutions. Delegates were advised that the Navajo Chapters will not be affected. Later, we found out that the Chapter budgets had been cut by more than $640,000. We were also told that no layoffs would occur. Now we know there will probably be hundreds of layoffs that will drastically affect services to the Navajo people.

Delegates push these type of unwise resolutions under the pretense that these appropriations represent services to the Navajo people. They forget that with a wise annual budget, needed services can be provided. These supplemental appropriations ... to chapters, in actuality, are not meant to provide wise budget decision. The so-called services to Navajo chapters end up being a cover to quickly sneak in appropriations to Council's discretionary fund, Speaker's Office or a pet project. I do not know of a standalone resolution which approved the Council's discretionary fund spending. They are always being attached as "riders" to another "needed" appropriation. Matter of factly, these delegate sponsors have snookered the Navajo people with this practice [as] they pretend to be the savior[s] of Navajo People. I suggest that we put the discretionary fund into the annual budget in broad daylight and not do any hidden supplemental appropriations under the guise of "service" appropriations.

The supplemental appropriations are put onto the Council's agenda as "emergency" legislation even though no emergency situation exists. Although it requires a 2/3 vote to use non-recurring dollars for recurring expense, rules are changed at the spur of the moment to allow for passage. Debates are limited or cut off and if a delegate speaks against these unwise budget-busting resolutions, they are booed. Delegates play with the rules until they have enough votes to override the President's veto. We, the Council, totally ignore Office of Management and Budget warnings - the OMB gives us straight advice despite fears for their jobs-and, I thank them. Other departments are hesitant to do so. It is unfortunate that the Council rules are practiced in a non-Hozho manner.

Despite it all, I want to thank Delegates Acothley, Atcitty, Bates, Bodie, Hubbard, MacDonald-Lonetree, Maxx, Morris, Nez, Redhouse, Robbins, Simpson, Smith, Wauneka and Yazzie for being concerned about fiscal responsibility and their "no" vote on the override. Delegates Edmund Yazzie and Nelson Begaye are good fiscal-minded delegates who have consistently voted to protect the budget, but voted yes this time. I would like to think their votes were based on misunderstanding. Fiscal-minded delegates are threatened with non-passage of their legislations as punishment.

Because of the unwise and precarious method of the Council's appropriation of Navajo people's funds, a lawsuit has been called for by a group of very concerned and brave Navajos (Haa'atsidis). It is good to know that there are Navajos out there who are willing to spend their own personal funds to hold the Council accountable by means of a lawsuit. I wish them well.

Finally, I want to thank President Joe Shirley Jr., and all those who helped him, to promote the two initiatives on government reform. Now, I am hearing that other referendum resolutions will be sponsored by delegates just to confuse the Navajo people, who should demand no less than a straight "yes" or "no" vote on whether we should have a 24 member Council and a straight vote on giving line-item veto power to the President as a check against unwise spending by the Council.

The same old arguments and scare tactics will be brought forth that we should keep 88 delegates because the Navajo chapters (or people) want local representation in Window Rock. The current budget woes and unwise spending should be a testimony that an 88-member Council is not working. Further, the Council in the 1990 Title II Amendments, made it nearly impossible to reduce the Council. And these same sponsors of unwise spending legislations also support doing away with Diné Fundamental Laws - the Navajo People are finally making use of the law and we want to take that right away?

Thank you and may the Creator continue to bless our Nation.